O.J. Simpson Up For Parole Hearing 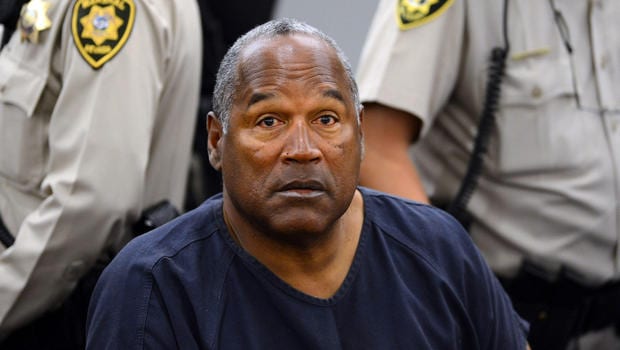 O.J. Simpson, age 70, is up for a parole hearing on July 20, 2017 at 1pm ET. He is imprisoned for breaking into a hotel in Las Vegas in 2007 in an attempt to recover some of his memorabilia from his professional athlete days. However, the team of robbers left with items that were not Simpson’s. He was convicted in October 2008 on all 12 counts — three counts of conspiracy; one count of burglary with use of a deadly weapon; and two counts each of kidnapping, robbery, assault and coercion, all with use of a deadly weapon.

Simpson was sentenced in 2008 for a minimum of 9 years and maximum of 33. It is speculated that Simpson will be granted parole since he has a clean prison record. At his 2013 parole hearing the same commissioners granted him parole on some of his 12 charges in 2013, leaving him with four years to serve before reaching his minimum term. Simpson is going to plead to spend his remaining years as an upstanding civilian and keep himself out of trouble. With his track record, can we believe him? He was declared “Not Guilty” in the trial of the century in the slaying of Nicole Brown and Ronald Goldman in 1994. Later he was found guilty in a civil suit in 1997. Simpson doesn’t have the best track record. Will his good behavior in prison help me? We will find out tomorrow.