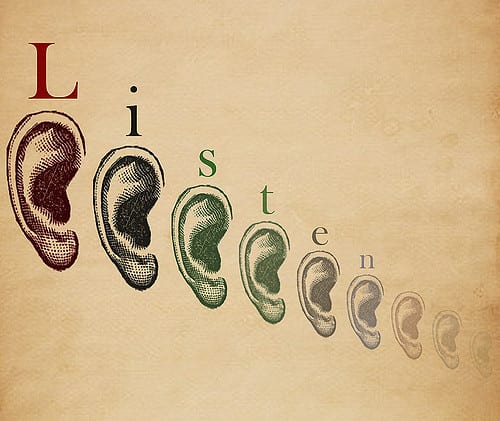 I think the best part of mediation apart from getting conflict resolved, is how it builds healthy communication skills in disputants. Participating in mediation enables us to work on our verbal and non-verbal communication skills and work on learning to listen. If these skills are utilized, future conflicts can be mitigated. Understanding how to navigate conflict is vital. You can save money, time, effort, and stress by knowing how to address issues, both large and small. Listening skills are an important part of mediation and resolving everyday disputes that we all could use a refresher. 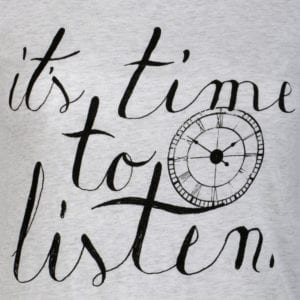 ourselves over and over thinking the other party just isn’t hearing what we are saying. We are convinced we are right and the other side just needs to understand. Arguments can be decoded by listening first. If you listen to what the other party is saying without getting defensive you can learn a lot. When both sides are sending messages but neither side is receiving them, the battle is in a stalemate.

Alan Sharland shares with us that, “The purpose of listening in conflict resolution is not for the listener to get ‘the facts’ but to support the speaker in understanding their own thoughts and feelings about the destructive conflict they are involved in.”

In mediation, both parties get an opportunity to share their story and hear what the other person wants and needs. Do your best to set aside your feeling on the matter and look at it from their side.

For Example, I had a mediation with neighbors over a fence. One side was an elderly retired couple and the other were foreigners that built in a new subdivision. The elderly couple moved in first and was told by the contractor that the cost of the fence between their lot and the neighboring one would be split between them and whoever purchased the lot next door. He told them to build it then bill the new neighbors for the fence. So they did. After the foreigners moved in, the elderly couple took the invoice over to explain it.

The new arrivals didn’t understand the invoice and fund it very offensive that the elderly couple was charging them for something they weren’t aware of. The contractor had not told the newcomers about the issue, who thought the fence was included in the building costs. In their confusion they came across as hostile and upset, giving the elderly couple a negative impression. This only fueled the fire and made matters worse. As months of negative interactions went on the elderly couple decided to take it to court. Going to court confused the foreigners because they are not used to American culture and they don’t understand the system.

As we sat down and gave each party their chance to share their story, I could physically feel the tension in the room melt away. Both sides were now understanding that it was a clear miscommunication due to language and cultural barriers. Apologies were made on both sides and a healthy neighborly relationship was established.

If the parties had the skills to approach each other with the intent to understand I believe they would have never ended up in court. Either party could have taken a moment to set their anger aside and truly figure out what was really going on. In this situation, it would have been beneficial to take the time to listen since they will be living next to each other for some time.

When you’re in the middle of a big conflict that is spinning out I encourage you to take a step back, set yourself aside and do your best to understand the other side. Hear them out and show that you are interested in resolving the conflict. Sometimes this is scary if they are hostile. However, if you show them genuine interest by listening often the hostility melts away and you can openly converse about the real issue at hand.