Failure IS an Option 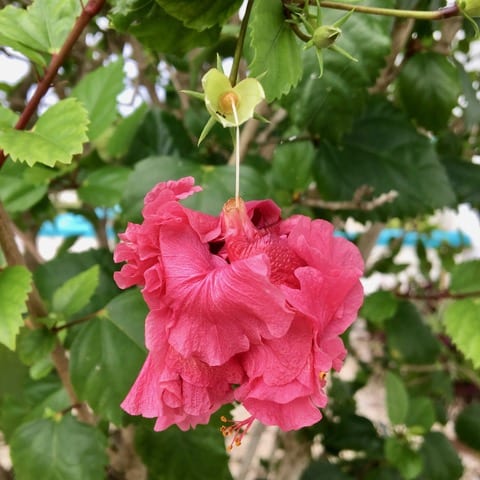 “My attitude has always been, if you fall flat on your face, at least you’re moving forward. All you have to do is get back up and try again.”

Stanford University’s most popular class, Designing Your Life,is taught by Bill Burnett and Dave Evans. In it, they say, “One of the principles of design thinking is that you want to ‘fail fast and fail forward,’ into your next step.” It’s not to avoid failure. In fact, failure can be a launchpad for creativity.” They go on to say, “Failure is just the raw material of success.”

In his book How to Fail at Almost Everything and Still Win Big: Kind of the Story of My Life,  Scott Adams the creator of the Dilbert comic strip wrote, “This is a story of one person’s unlikely success within the context of scores of embarrassing failures. Was my eventual success primarily a result of talent, luck, hard work, or an accidental just-right balance of each? All I know for sure is that I pursued a conscious strategy of managing my opportunities in a way that would make it easier for luck to find me.”

When I received an invitation to be part of a group of beta testers who would discover whether or not people could “click their way to happiness,” I accepted with enthusiasm. As a holistic health practitioner and transformational life coach, this type of research is of tremendous interest to me because many of my clients are recovering from major setbacks—closed doors.

Positive psychology and positive neuroscience based on the study founded by neuroscientist Dr. Richard Davidson at the Center for Investigating Healthy Minds at UW-Madison was delivered online to each beta tester in the form of interactive games, activities, and exercises designed to help the user sift through their experiences and find opportunities for gratitude, growth, and to optimize their well-being.

The science of happiness shows that failure is an option. What matters is how we respond to it.

Researchers concluded that we enjoy a higher quality of life when we experience a certain number of setbacks—five to seven of them.

Why? Because setbacks give us confidence that we can weather adversity, and they reinforce what we truly value. For example, health and loving relationships, which can result in enhanced priorities and different goals. On the other hand:

Resilient people tend to “make meaning” as they face and overcome challenges. This allows them to discover positive outcomes that wouldn’t have presented themselves if the problem hadn’t occurred. This is called “BeneFinding”—finding benefit in negative experiences.

In their book, Shift Into Thrive: Six Strategies for Women to Unlock the Power of Resiliency

authors Lynn Schmidt and Kevin Nourse wrote, “The ability to thrive in the midst of adversity [resiliency] is not a given; it is an intentional choice. Make the choice today to thrive.”

In an interview with the Santa Clara Valley Historical Association, this was Apple founder, Steve Jobs’, response to failure:

“I’ve always found something to be very true which is that most people don’t get experiences because they never ask. I’ve never found anybody that didn’t want to help me if I asked them for help.

“I called up Bill Hewlett when I was twelve-years-old. He lived in Palo Alto, and his number was still in the phone book. He answered the phone himself saying ‘Yes?’ “I said, ‘Hi, I’m Steve Jobs, I’m twelve years old, a student, and I want to build a frequency counter. I was wondering if you have any spare parts that I could have.’

“I’ve never found anyone who said no or hung up the phone when I call and just ask. And when people ask me I try to be responsive and to pay that debt of gratitude back.

“You’ve got to act. And you’ve got to be willing to fail; be willing to crash and burn with people on the phone, with starting a company, with whatever. If you’re afraid of failing, you won’t get very far.”What was the last benefit you found from a negative experience?