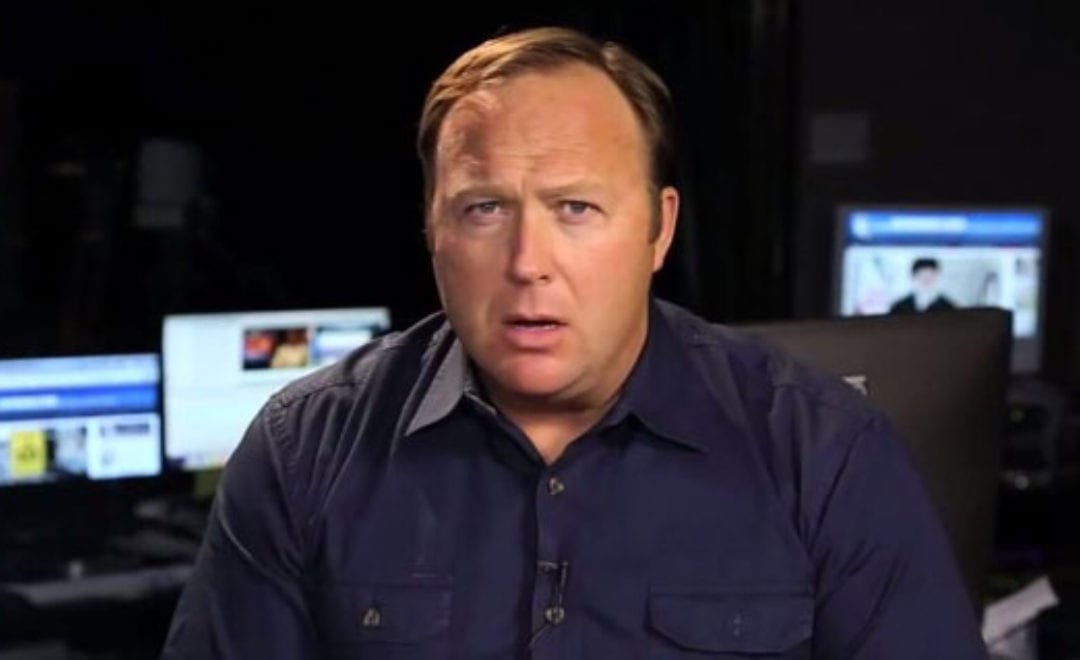 Megyn Kelly sparked controversy when she announced that she would sit down and interview conservative talk show host and owner of the website Infowars Alex Jones. He’s the conspiracy theorist who theorized that the Sandy Hook shooting was a hoax perpetrated by anti-Second Amendment forces.

Jones also theorized the Sept. 11, 2001, attacks in New York City were an inside job, was a part of spreading the hoax known as “Pizzagate,” (he later apologized) and claimed an Idaho yogurt factory owned by a Kurdish immigrant was associated with a sexual assault. He reversed that claim amid a lawsuit.

The interview has sparked outrage from many relatives of the victims of Sandy Hook because, besides the loss of their children, they have endured harassment from conspiracy theorists for years.

20 children dead at Sandy Hook and @megynkelly is giving voice to the man who suggested it was a hoax.

This is beyond shameful, @NBCNews. https://t.co/7OPTCPQHAd

The real problem is that the responses on social media prove just how divided people are on the issue. One parent, John Gluek, whose nephew survived Sandy Hook, tweeted his displeasure:

My nephew survived Sandy Hook. I am not tolerating this. Will never watch @megynkelly or @NBCNews again if they choose to air this.

“I am not tolerating this”. What is it with you people and your hatred of information? You won’t tolerate a FREE press???

What does this tell us about the divide in our country? It means that many seem to lack an understanding of the way freedom actually works.

Freedom of the Press

Freedom of the press means Ms. Kelly can sit down with and interview anyone she wants in any way she wants, and NBC is free to air the footage. However, they are not free from the consequences of their actions.

Of course, unless a media outlet crosses the line of libel or slander, they can air or print almost anything. As often as Jones has been sued or threatened over his ratings-grabbing but way off base theories, it’s hard to classify him as a journalist, and clearly, he has crossed the line multiple times. He’s apologized, retracted false statements, and backtracked on issues to avoid those lawsuits.

However, interviewing him does not cross that line. It does, however, give him a new platform to spout his nonsense from. It’s not an interview that must be or even should be done. Nevertheless, it can be.

Freedom not to Watch

Of course, with freedom of the press also comes the freedom not to watch. No one has to watch the interview, and if an individual or group wants to boycott the network, sponsors of the show, and Megyn Kelly herself, they are welcome to do so.

This is one of the primary elements of freedom: a news outlet has freedom of the press, but they are dependent on an economy where they are supported by sponsors. Enough outcry from the public and sponsors drop away. This is the freedom not to watch, and let sponsors know of the potential impact on their business.

The pastor’s response is wrong for a few different reasons. It starts the wrong argument: this is not an issue about news vs. fake news, us vs. them.

Note the wording: “what is wrong with you people?” Who is the “you people” referring to? Those who do not want to watch Megyn Kelly interview Alex Jones? Or is he referring more specifically to the families and friends of the victims of Sandy Hook? Either way, he is separating himself from a defined group, and making general statements about them.

The general statement? “What is with you people and your hatred of information?” he says. However, if you look at the preceding tweets, there is no hatred of information there. Instead, there is an understandable disagreement with the person being interviewed. That person disrespected their family members and others who either died or lived through the tragedy at Sandy Hook.

To generalize that group and say they “hate information” and don’t believe in “the FREE press” is just as bad as making any general statement about all pastors based on this one tweet. It’s not true, and it certainly is not fair to individuals within the group.

There is absolutely the right to free press, and Ms. Kelly and NBC can interview and air interviews of whoever they like. Those actions do have consequences with the general public, who have the freedom to watch or not to watch.

Making general statements about any people group who chooses to watch or not to watch is not the answer. Instead of opening a dialogue, it only serves to spread divisiveness. That is never the answer.