Safe Injection Sites and Why We Need Them 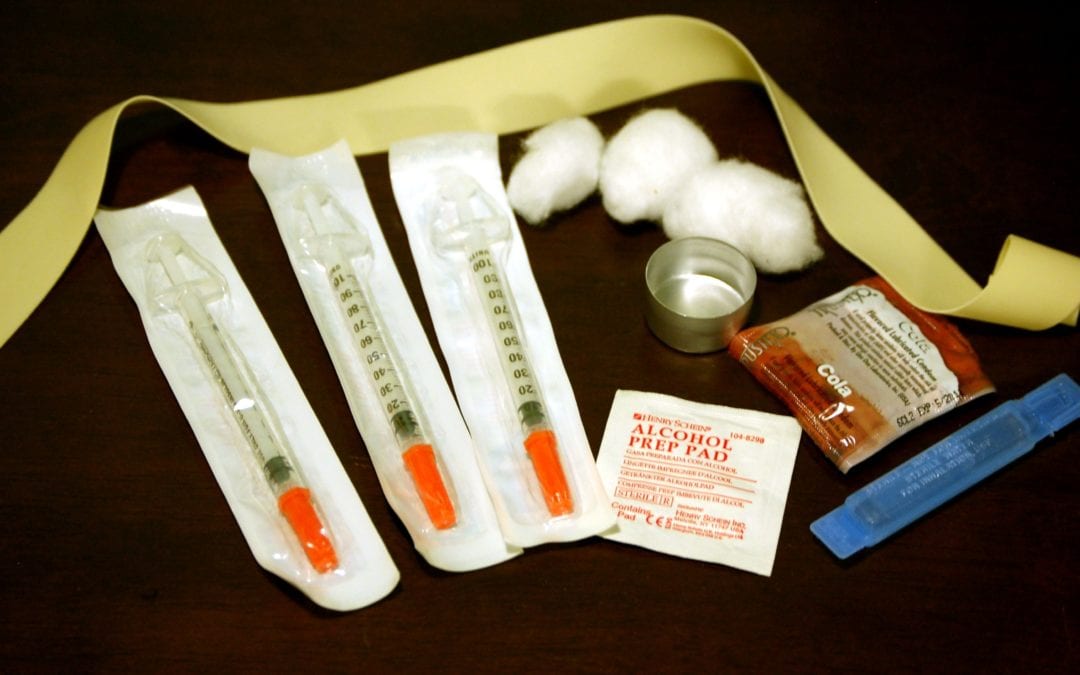 There has been a great deal of talk about Safe Injection Sites. Initial conversations typically spout outrage at the idea, but the purpose isn’t what it seems.

Giving drug addicts clean needles feels like an admission of some kind. As if we are spending taxes to encourage their habits, but these fears are misplaced and misused. Currently, there is a petition outside my local Walmart to ban clean injection sites, and I find the irony astounding. These people are so worried about drug users getting their tax money but fail to realize Walmart gets hundreds, nearly thousands from the average taxpayer each year.

Early January, the King County Board of Health (Seattle, Wa) unanimously voted in favor of safe injection sites, and for good reason. Jeff Duchin, a health officer had this to say about the measure. “Clearly the status quo isn’t working anywhere, and clearly we need to look at new tools.”

33,000 people died of opioid overdoses in 2015. According to the Washington Post, more people die of an overdose than car accidents.

But that is not why I strongly advocate safe injection sites. In truth, no one cares if people die of an overdose until it’s someone they love. As a society, we like to punish people who are doing something we don’t agree with. I cannot argue to a person’s apathy for a stranger, but I can advocate common sense and public health. Most citizens consider it a plus if a person dies from an overdose because it validates some sort of moral supremity they pretend to possess. My reasoning is simple; prevent the spread of disease.

In truth, no one cares if people die of an overdose until it\’s someone they love.

If a drug addict is using a dirty needle, they are likely spreading disease far and wide. AIDS does not care if your valedictorian teen has never touched a drug in her life. AIDS doesn’t see that she made a mistake in trusting a guy who said he’d never used a dirty needle.Most drug addicts do not look the way you picture them. Especially not opiate users. Each day, millions of functional substance abusers go to work, clock in and clock out each day. They pay their mortgages and have children. The cause of our current opiate crisis is seldom debated, most know it is due to the iron fist that pharmaceuticals have in the United States. Not all drug users live on the streets, and not all of them use constantly. There are plenty of experimenters and recreationists desperately seeking a high. Desperate enough to forego basic safety measures.

AIDS can remain dormant in the immune system. Meaning there is virtually no way to detect it until it becomes active. So imagine how one person can unwittingly spread a killer disease over the course of three years just by using one dirty needle. Still not sure? Think about all the people you slept with in your twenties, and all the people they slept with, and so on. One of those people uses a dirty needle? Everyone now has AIDS. If that is something you’d prefer your children not experience, perhaps we should move past being angry with addicts and make our society more manageable.

Last month, I ripped Morgan Irwin (31st District Congressman, King County) a new one over Safe Injection Sites. He wants to ban them based on his experience as a police officer. He knows the true aim of safe injection sites is to prevent AIDS from running rampant, but he doesn’t care. He thinks that if we keep ignoring the heroin epidemic, that all will be swell. Just treat them like the scourge of humanity that drug addicts are, and hopefully they will die off faster than they can share their dirty needles.

Morgan Irwin is not alone. A few Republicans are calling for a ban, but they are being stonewalled by facts and evidence of success. Not only do Safe Injection Sites reduce the spread of disease like AIDS and Hepatitis C but they reduce the rate of overdose. Furthermore, users who are supervised in these facilities are more likely to seek treatment. Oh, and that whole crime rate issue? Yeah, that lowers as well, but only slightly from what we’ve seen, since the Safe Injection Sites in Vancouver are much newer and different than the ones in Europe.

Vancouver’s former police chief Jamie Graham had this to say about the SIS program. “As former chief of the Vancouver Police, it fell on me to decide whether we should support the continued operation of Vancouver’s supervised injection site, Insite. The competing interests were intense and no matter what one’s personal views were, every comment garnered immediate rebuttal from an expert. The addiction issues, crime concerns, and moral obligations of those in leadership positions received continual headlines, so we learned over time to stick with what we were good at—public safety. ”

Opposers of Safe Injection Sites fear that these places will somehow normalize opiate abuse. That we must insist on abstinence. However, if anyone remembers D.A.R.E or abstinence-only sex education from the Bush era, we all know the abstinence route is a failure.