Toni Morrison is one of my favorite authors. In an article she wrote for The New Yorker, asks the question: “Does the work that I do define me? Or is the ‘real me’ the person I am outside of my work?”

She believes, “You are not the work you do; you are the person you are.” I agree with her. 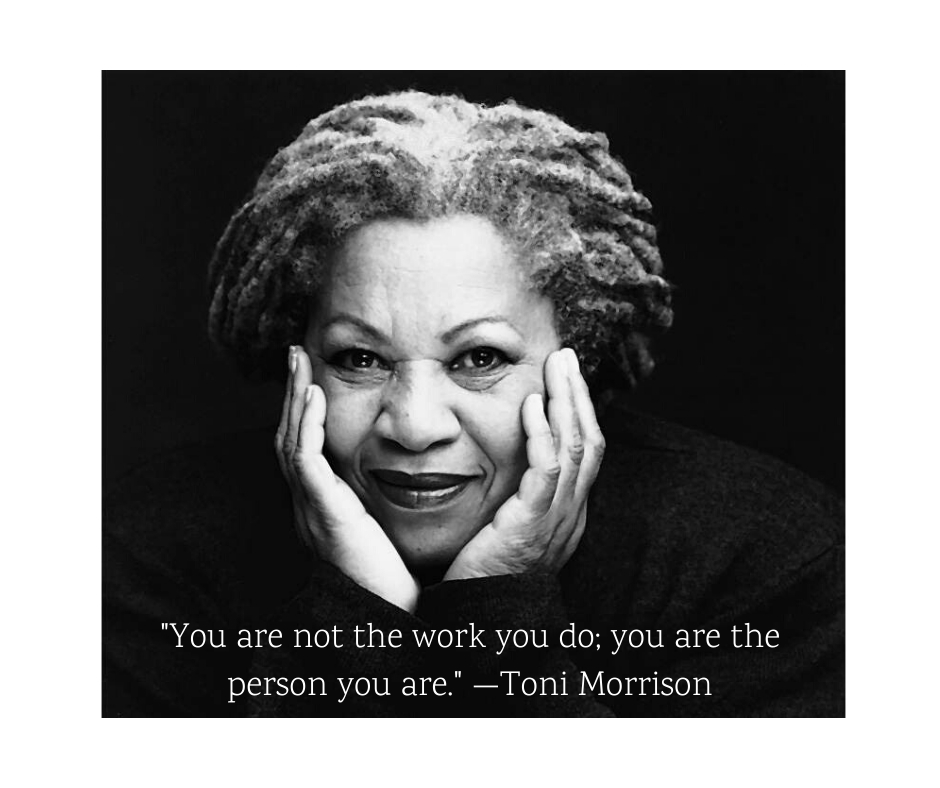 When I was in private practice, I had a client who equated his personal value with what he did for a living. When he lost his job, he could no longer accept himself; he couldn’t move forward in self-confidence. He felt as if when his livelihood was removed, his value was removed, too.

A ridiculous reaction? Maybe. But he embraced it at the time. He wrestled during those months of unemployment with his own sense of identity and purpose.

It’s our state of mind, rather than our circumstances, that so often makes the ultimate difference. When we’re properly equipped, we can embrace whatever comes our way (illness, financial loss, solitude, and so on), instead of being overwhelmed by it. We can welcome adversity—invite it to sit for a spell—so that we can take the opportunity to learn from it. Once we’ve grasped the lesson offered, we can acknowledge the learning, ease our embrace, and send it on its way. As a result, we’re a better person for the visit, a better person individually and collectively, and a better person locally and globally.

That isn’t to say that while we’re sitting with and learning from adversity we shouldn’t take realistic, tangible action steps. Sometimes adversity is a natural result of our choices and consequences—the law of cause and effect. Regardless, it’s an opportunity to learn.

On the flip side of the “What Defines You” coin, philosopher Martin Buber believes that we are what we do. His belief stems from the fact that most of us work half of the waking hours during our four most active decades—age 25 to 65.

(1) You are not the work you do, you are the person you are.

“I do what I am” — my actions are an effect of the person I have become.

According to Merriam-Webster’s dictionary, a PROFESSION is “a calling requiring specialized knowledge and often long and intensive academic preparation. WORK is the activity we do as a profession and for which we are paid.”

I think that “calling” is the key word in this definition. If I’m correct, it’s important—perhaps even imperative—that we choose our profession wisely. Ultimately, it’s both the cause and the effect of our actions (what we do) and who we are (our BEing)—“you are the person you are.”

Let’s get back to Toni Morrison. In the 1940s she was a young girl who had a cleaning job for an affluent caucasian woman. Toni earned $2 a day. With her money, she contributed to her family’s household bills, and she also had the satisfaction of being able to buy a few things for herself.

As time went by, Toni took it upon herself to sharpen her skills. Her employer saw this and demanded that she take on additional work—without additional pay.

Angered, Toni complained to her father. Instead of sympathy, she received a piece of advice. Her dad told her, “Your life is with us, your family. You are not the work you do; you are the person you are.” 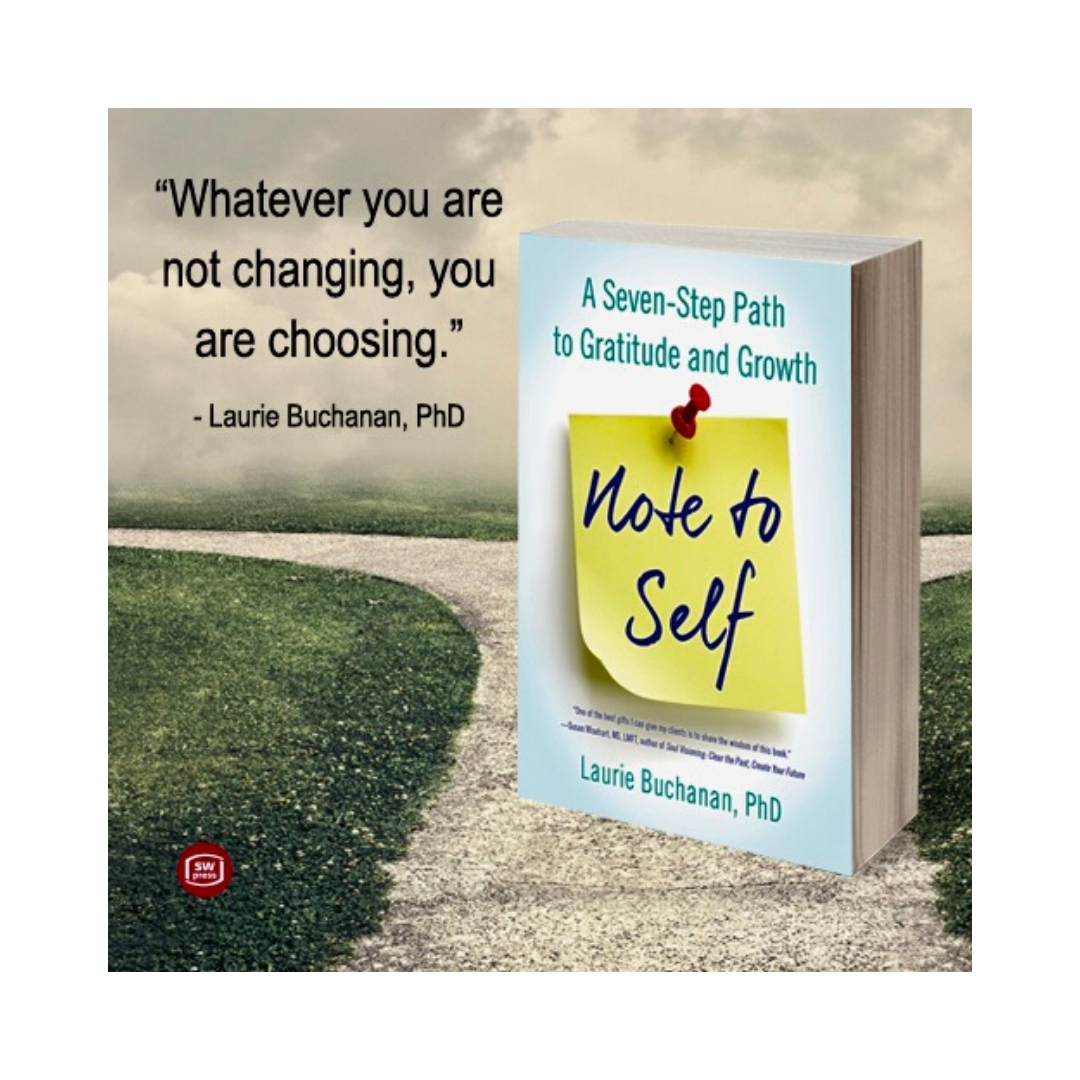 Are you in a job that you dislike, even hate? Remember, “Whatever you are not changing, you are choosing.” The ball is in your court. It’s up to you to pursue a profession you’re passionate about, one that best reflects the person you are now, and the person you desire to become—your best self.

Laurie Buchanan is a former holistic health practitioner and transformational life coach. She holds a doctorate in holistic health with an emphasis in energy medicine. Her first two books—Note to Self: A Seven-Step Path to Gratitude and Growth, and The Business of Being: Soul Purpose In and Out of the Workplace, are nonfiction titles designed to motivate, inspire, and transform. Coming soon, her third book, Indelible: A Sean McPherson Novel, launches a suspense/thriller series that takes place in the Pacific Northwest.