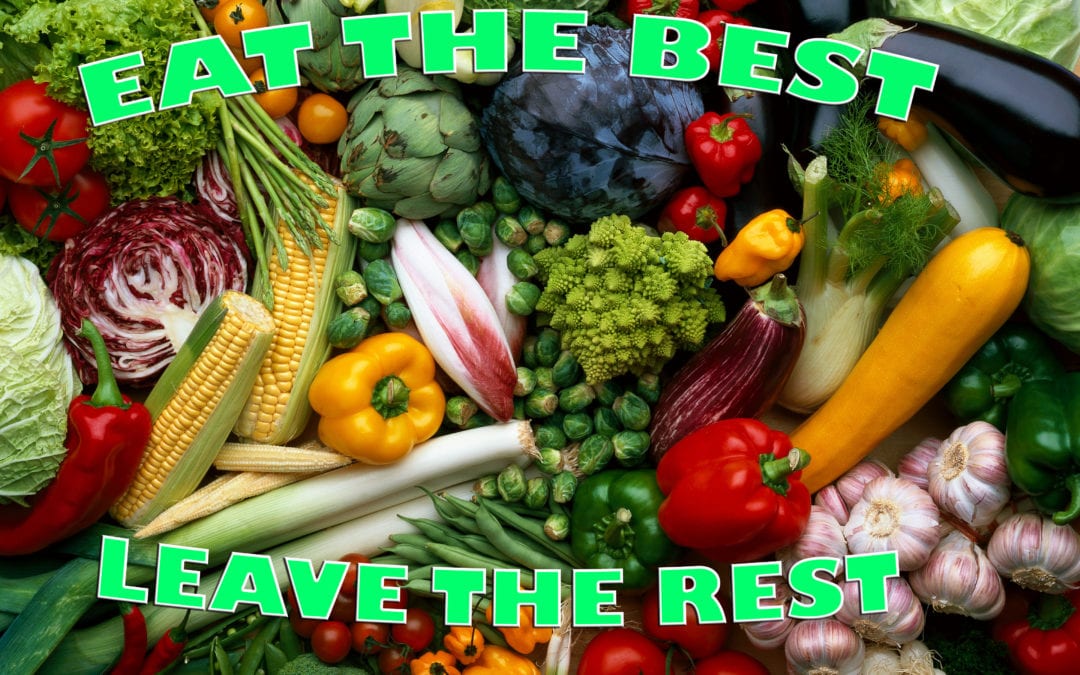 When I started eating a Paleo diet I was simply looking to improve my eating. I had become too reliant on convenient foods. My body was telling me I needed a change and my girlfriend at the time convinced me this was a good choice. To this point, I had an understanding of calories, proteins, fats and carbohydrates, but missing was the understanding of how various foods cause inflammation and how significant that was to my body.

One of the first things I had to get over was my desire to buy the least expensive food. What I discovered was that there is a reason why some foods are so cheap. I’m not talking about the difference between caviar and Mac n Cheese. I’m talking about the difference between macaroni and cheese and Mac n Cheese. When you look at a box of prepared food like Mac n Cheese, you see a list of incoherent chemicals. These aren’t foods. They are dyes and preservatives and textured petroleum byproducts and sawdust. When you see food listed it is obvious. The words are familiar, like potato, salt, olive oil. Not monosodium maltodextrin.

One of the first things I had to get over was my desire to buy the least expensive food.

I’m not saying that potato chips are health food, but one of the things that I began doing since eating paleo is choosing brands with simple ingredient lists. For example, a bag of Boulder Canyon chips has these ingredients: Potatoes, salt, avocado oil. I pay a premium for them. Instead of paying two dollars for a pound of Doritos, I pay $4.50 for eleven ounces. I point this out because it’s endemic of how our consumer choices are driven by economics, but they are terrible for our health.

Since I’ve been eating paleo, I read every label until I’m aware of the brand and the food. I no longer eat non-food foods. When I’m not sure about something, I Google the ingredient in the store with my phone. I’ve discovered that some tuna has soy in it for some reason. Most foods have some level of sugar even when they are savory. And most foods cooked in oil are cooked in the cheapest oils available.

I went about learning the importance of food and paying to have real foods. Even without counting calories or changing my exercise habits to any real degree I notice an immediate change in my size. I was becoming less puffy. Additionally, I had more energy, which did cause an increase in my exercise. This lead to even further improvements in my waistline and my fitness.

My doctor was happy with my results. He indicated that my old diet had exposed my digestive system to a large amount of GMOs, toxins, pesticides as well as preservatives that were all irritating my stomach tissues. He said I had developed leaky gut syndrome. This development affected my metabolism, my immune system, and my energy. By gaining control of my food was an important first step. He recommended some supplements but indicated that they would have been virtually worthless before I got my diet under control.

By ceasing the assault on my digestive system I relieved my organs from a constant battle. This freed them up to function more efficiently and effectively. I felt better. I lost weight without training like a world-class athlete and I felt like I was no longer at war with my body.

Jerry is the co-founder of Zenruption.com and jerrymooneybooks.com, and the author of History Yoghurt and the Moon

Jerry Mooney is co-founder and managing editor of zenruption and the author of History Yoghurt and the Moon.