From Mountain to Road: A Cyclist’s Journey 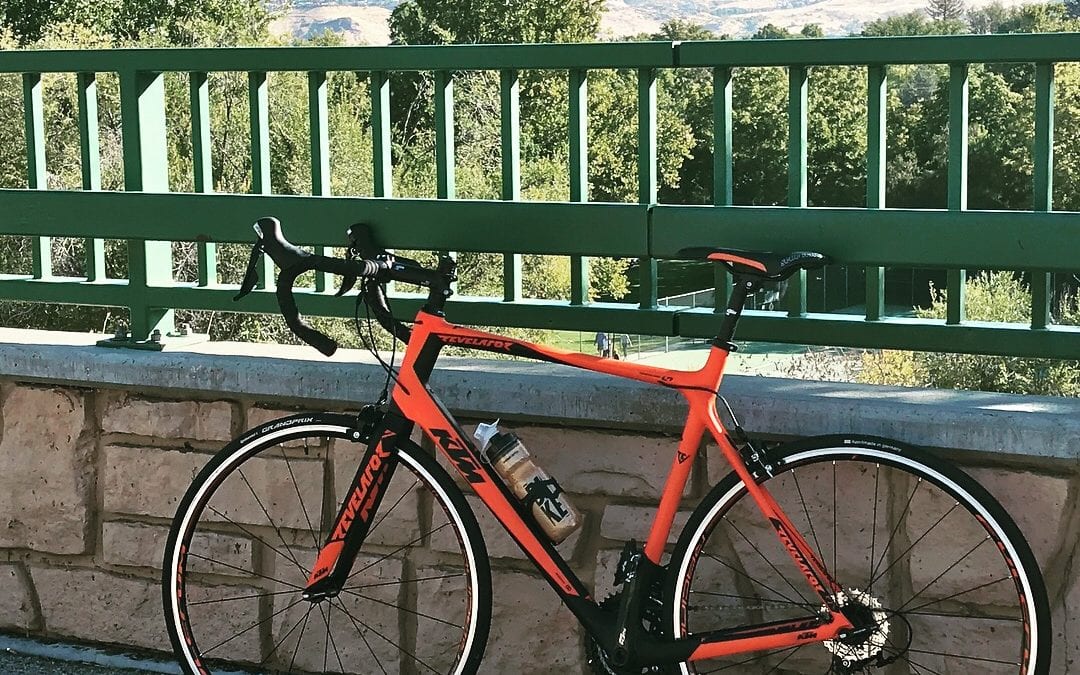 It’s been a long time since I had a real road bike. I’ve ridden either mountain bikes or hybrids for the last couple of decades, in part due to where I lived, in part due to the fact that I had a one bike quiver, and I needed to be able to ride gravel and trails.

This year that changed. I have a good mountain bike (although I would like a better one, but hey, who wouldn’t? One at a time, right?). I’ve followed the rise of cycle cross bikes, but I do a lot of road riding, and I was doing it on the wrong equipment.

So I applied for and was accepted into the KTM ambassador program, and after completing Rebecca’s Private Idaho, a 54-mile gravel grinder, on my mountain bike, I set out to pick and order a road bike.

After some debate, and looking around, I chose the Relevator 3500, known affectionately to other owners as “the Rev.” I’ll be posting more detailed reviews as I get more miles, but here are my first impressions.

My bike came in a big box, unassembled, and I could have put it together myself, but I wanted a pro to check the tune and make sure it was just right before I started to ride. We have one local KTM dealer in Boise, David Seamons of Boise Bike Wrench.

David did a great job. Not only did he assemble my bike, but he helped me fit it correctly, and gave me a few riding tips. The initial spin around his block told me the fit of the bike was good, but I was going to have to get used to a different posture and thinner tires.

I was planning to use mountain pedals, and David told me I might want to consider some road shoes and road pedals. The two-sided pedals might drag if I leaned hard in corners. I told him I would think about it. More on that in a moment.

The first real ride had to be a quick one. I had only a little time before I had to get some other work done, and so I took a quick jaunt down Hill Road, a route I often took on my mountain bike in Boise, basically to get from home to the gravel where I needed to train.

The first word that comes to mind is smooth. The shifting and the ride were great, and less rolling resistance made me ecstatic. Everything happened so much faster, it was amazing. I came home and realized I had beat my personal best on every segment on Strava on the route.

The saddle? Comfortable, but of course for a short ride, so longer ones will be needed to tell for sure. Still, the bars were about the right height (I still might move them up a little, since the stem has not been cut yet).

I chose to put on some old boulevard pedals that were on my mountain bike. They are flat on one side, mountain clips on the other. They worked well, actually, but I could see David’s point: road pedals are much closer to the ground and I could see the benefit of better pedals. I’ll be ordering them soon.

Also, road shoes would probably be a little stiffer and have a little better power transfer than my mountain shoes. They are okay for now, but I can see that if I want to improve and go faster, I’ll need better gear.

I also got a new helmet and some long-fingered gloves (winter is coming, my friends). Both are extremely comfortable. The helmet is light and extremely adjustable. The gloves offered good wind protection, comfortable padding,

Things to Get Used To

Railroad crossings. Those little metal dividers on some roads. Bumps. These are all things you notice a little less on a mountain bike but way more on a road bike. Things you don’t really need to watch for quite as much on your mountain bike can really throw you on your roadie.

Fortunately, the Relevator turned out to be pretty forgiving, and I started to adjust pretty fast. There were still a few “oh, sh*t” moments the first ride out, and even the second, but I am getting better at it all the time.

Because things are happening so much faster, you have to focus or slow down, one of the two. The casual look at the view that takes a second too long is more like the look in your car than the one on your casual bike ride.

Thin tires, less suspension, all if it means your bike is lighter. This also means wind has a much more dramatic effect at least from the side. Head on, it feels about the same.

The transition from mountain to road has been fun so far, and I am sure it will get more fun as I go along and get even more used to my new wheels. Stay tuned!