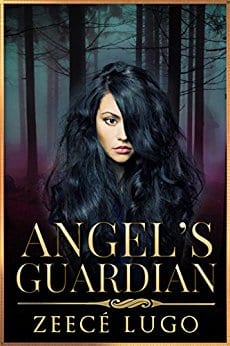 I love vampire stories that are different that break away from the Bram Stoker mode and creates a new species of vampire. With Angel’s Guardian, Zeecé Lugo does this and more. In the short story prelude to this new series, “Vampire, Not Monster,” Lugo hinted at what this new species of vampire might look like. In the title, and in the prose that followed, she gives us a glimpse of the differences between the vampire Maxim and vampires of past stories and folklore. With the opening chapter of Angel’s Guardian, Lugo smacks the reader in the face with a major difference of this new species of vampire and continues with more surprises as the story unfolds.

Lugo’s skill in storytelling through prose, that delivers vivid images of the written scene, is second to none. She wastes no time introducing and revealing her characters so that the reader gains instant empathy, sympathy, dislike or outright hatred for each of the actors, protagonist or antagonist. Another facet of Lugo’s writing I appreciate is verisimilitude, a big word for sense of reality, realism. Lugo’s characters bleed, and she pulls no punches showing the reader why. If one of her characters gets shot, you won’t see that character on the next page or chapter doing things in real life that would be impossible for someone with a wound like that. If there’s a sex scene… you’ll read a sex scene rather than an off-stage word or two that implies, “they had sex.”

I strongly recommend “Angel’s Guardian” to all readers who appreciate a fast-paced, thrilling suspense/horror tale based upon new character concepts, and filled with realistic characters and scenes. I’m eagerly looking forward to the next book in this series.