All Squirrels are Freelancers: Business Lessons from a City Park 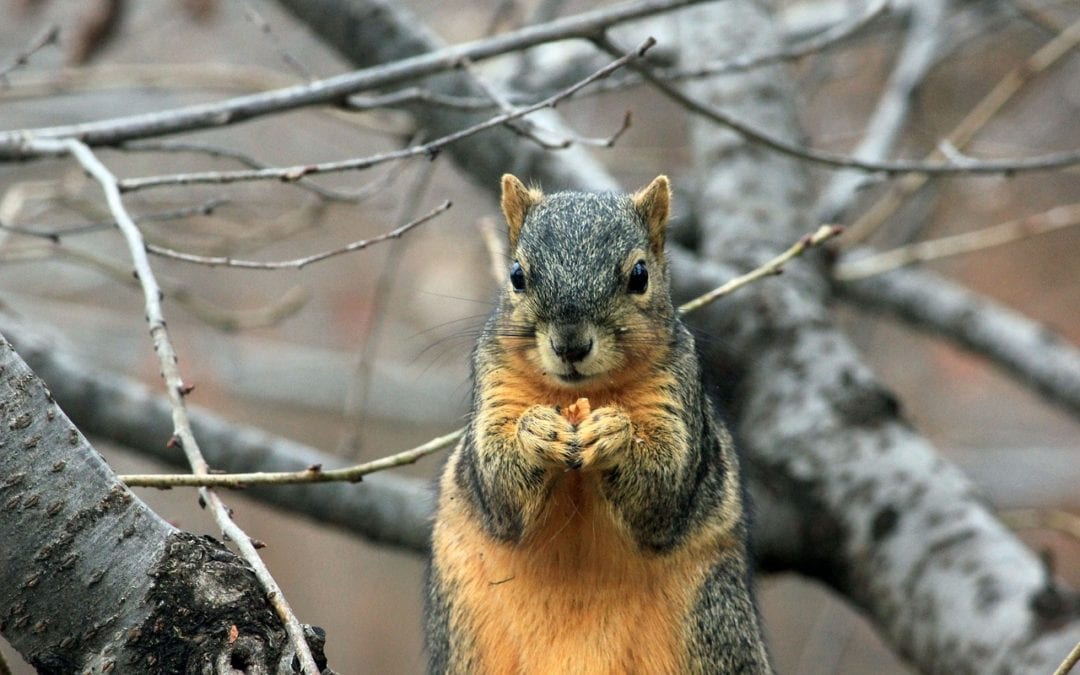 When I peered up into a large, bare tree and saw a cluster of squirrel nests tucked into the nooks and crannies of its branches, it hit me: All squirrels are freelancers.

Upon learning that I’m a full-time freelancer, nine-to-fivers often ask, “Doesn’t not knowing where your next paycheck is coming from scare you?”

The short answer is no.

This raises eyebrows because “freelancer” is often code for “unemployed.” It comes as a surprise to many that some of us keep the lights on, go to bed with full bellies, and fall asleep knowing that although we don’t know exactly what the next meal with be or exactly where we’ll find it, it’s out there. It would probably surprise those people even more to hear that a mindful walk through a park can teach a person much of what they need to know about running a viable freelance business.

Most people pay little attention to squirrels, noticing only the squished specimens on the roads as they drive home from their J.O.B.s. Squirrels may appear to be spoons in the knife drawer. That is, they aren’t known for their keen intellects. Yet, as a species they thrive. 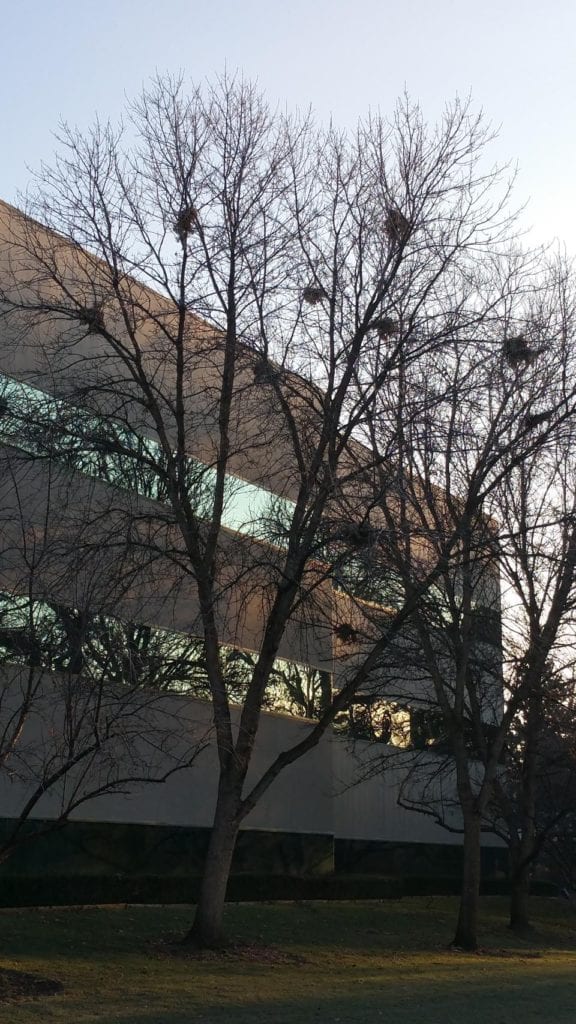 And here, walking along the Boise River, I find myself looking up into a tree that holds no fewer than five warm-looking nests. The fat, unflustered Sciuridae romp and rummage through the fallen leaves that blanket the ground on this cold, grey, winter afternoon. And this is not the only tree full of nests growing along the river. Boise and its many parks are full of plump individuals of all ages and experience levels seeking, finding, and gathering nut after nut, stopping to nibble whenever they please. Initially, I was surprised that there is enough food to support such a large population, but then something that all successful business owners know sprang to mind: Money is everywhere. It’s simply a matter of knowing where to look because although it’s plentiful, it doesn’t exactly grow on trees. Squirrels obviously know where to look.

In Boise’s parks, there are many trees laden with ripe berries that remain on the branches through winter. But, there are few nests in these trees. I hypothesized that it’s because their branches aren’t very sturdy and, therefore, do not make safe homes. Further observation, however, disproved this. The bare branches of popular squirrel neighborhoods are no sturdier than the food-laden branches of the berry trees. I further hypothesized that those berries are inedible for squirrels. But, further observation of squirrel behavior disproved this too.

To solve this mystery, I had to ask another question.

Why do squirrels seem to prefer living in places that require them to go farther for food into areas that expose them to greater physical dangers: dogs, cats, humans on bicycles and skateboards and in cars? This is counter intuitive.

Is it possible that squirrels understand their nature better than business owners do ours?

Perhaps the reason many people associate freelancing with income deficiency is that solopreneurs often prospect among those closest to them, but they flounder when they’ve exhausted that source of income and must come down from and move beyond their comfort zones.

Do squirrels understand that if they build their nests in places where food is within easy reach, the result will be that they extend the time they spend off the ground in relative safety, which is not as safe of a practice as it may appear? Do they understand that when the harsh winter requires them to reach beyond their larder that they will struggle because they will have become conditioned to a living that comes fast and easy? Do they instinctively build their nests in bare trees to force themselves out of their comfort zones early and often to make themselves stronger, more courageous, and better fit for their environment?

Regardless, if squirrels with their itty-bitty brains can figure out where sustainable food sources are and that it’s a good idea to build nests close—but apparently not too close—to them, surely freelancers with our melon-sized brains can figure out that to be successful we must do the same.

Cristen Iris is a book editor and collaborator, author coach and manager, and communication expert who’s lived with her husband in less than 274 square feet for a year and a half. She also works from home. (She’s the messy-desked creative.) Her clients include a New York Times bestselling debut novelist; a GRAMMY Award ® winner; entrepreneurs; and disability, social justice, and environmental advocates and activists. When not working directly with clients, Cristen speaks and teaches workshops about strategic thinking and communication related to writing, marketing, personal branding, health and wellness, and social and environmental movements. To recharge, she takes her tent into the wilderness to mountain bike, hike, and listen to the (quiet) music of birds and bugs.