The Wave: The Whitewater Park in Boise 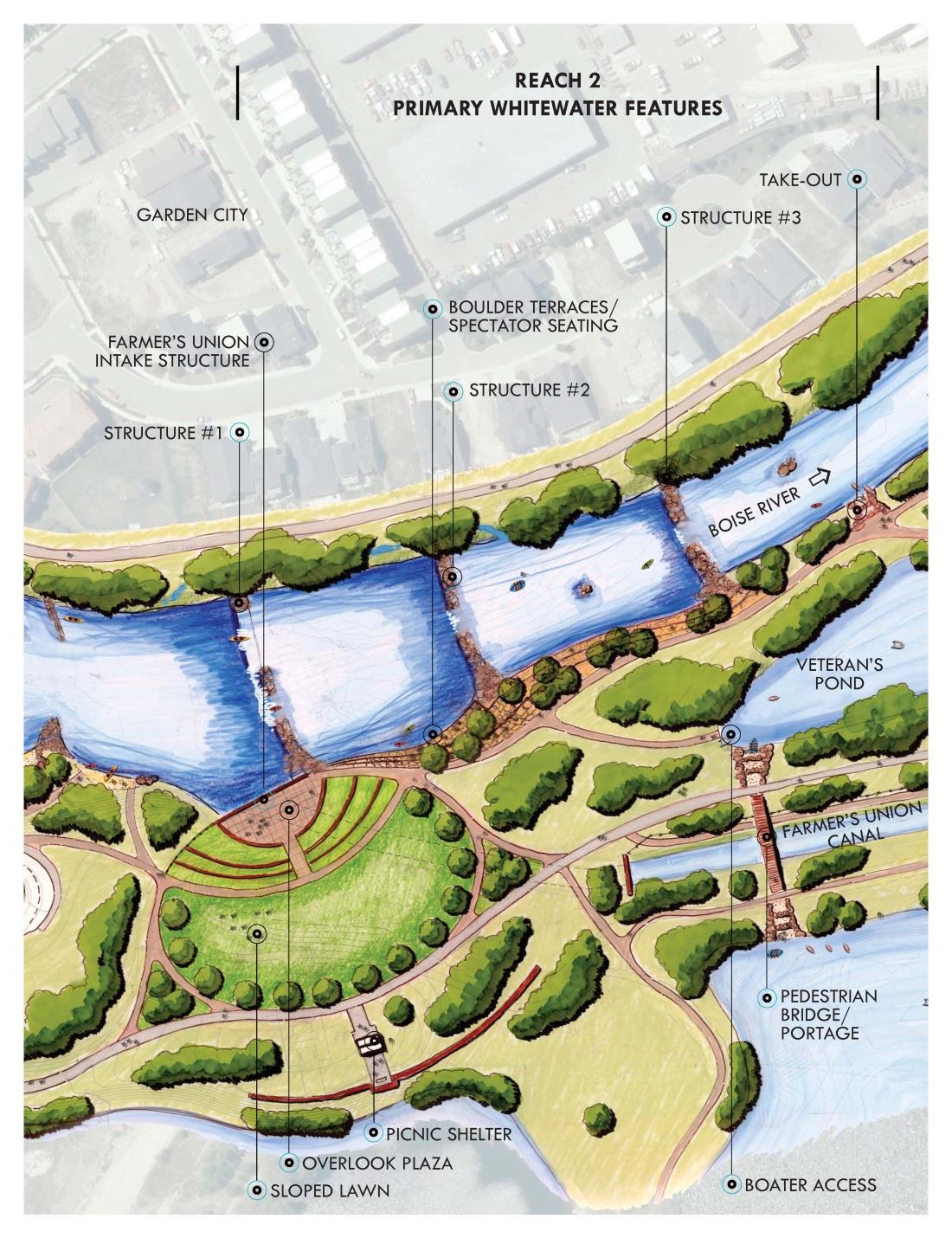 Idaho is the best-kept secret when it comes to its river canyons and high-class whitewater. In response to the popular demand for a whitewater park, the city has built a surf wave and has a plan for expanding the Albertson’s Boise Whitewater Park.

The Wave is the first phase of three to be installed by the City of Boise. It is a free and inviting area for everybody from experts to first-time whitewater surfers and kayakers to come and practice their sports. The park is located between 34th and 36th streets on Whitewater Park Boulevard and is adjacent to the Greenbelt.

In June of 2012, the wave opened to the whitewater community. The Harry W. Morrison dam served as an ideal section to place the wave due to its sudden drop in elevation where the dam was originally placed. The construction installed a gate that allows the flow to easily changed from a wave to a hole to serve different levels of skill sets on the water. This wave is one of the first of its kind and is gaining recognition in the whitewater community across the nation.

The wave’s shape is changed according to a schedule set by the City to accommodate both traditional surf boards and kayakers alike. One-half of the week, you can find the ‘green wave’ that the surfers tend to flock to. The other half of the week produces a hole/wave that is more suitable for kayaks and playboats. The wave is open to all surfing enthusiasts of all river toy varieties. Additionally, there is a third smaller feature that is offset from the main wave to play on.

Those who are new to kayaking or surfing will want to take extreme safety precautions. The wave is in action when the river is running at least 700 CFS. Recreationists are cautioned not to access the wave at any lower water to avoid getting hurt by the boulders that reside below the dam. The Boise river will reach levels well above 4,000 CFS during flooding years.

During spring runoff, the river is often in flood stage and littered with debris. Although you may be ready to jump into the water as soon as the temperatures begin to get above 70, the strainers downstream will pose serious danger risks that are easier to navigate at lower water.

The Boise river water is cold, and surfers should come prepared. It is rare that you will see surfers or kayakers on the water without a wetsuit or dry top. The water temperatures are particularly low during the spring and fall months. Those new to the sport should note that hypothermia can occur within minutes. Those that have a vested interest in the sport should consider taking a swiftwater rescue course to minimize risk and elevate safety. 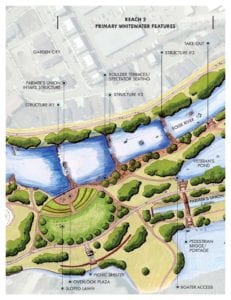 The Albertson’s family donated 3.5 million dollars to match the City’s investment. The Albertson’s family donated these funds to see the completion of phase two of the park. This funding, in addition to private donors, will be spent to create a whitewater course a half-mile down from the existing surf wave. The course would include three more varying degrees of waves for boaters and surfers to navigate, as well as put-ins, take-outs and spectating areas. 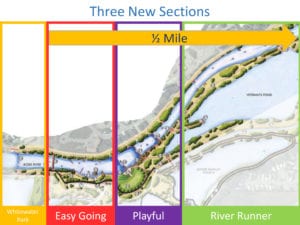 Phase three of the project will link the river back into Veteran’s Pond to allow the boaters to do laps on the whitewater course. This phase will also include bathrooms, a changing room, an amphitheater, and improved access for all river recreationists. The completion of phase three is dependent on the funds acquired by Friends of Parks.

The area is booming and is seeing businesses take interest in the area, such as Idaho River Sports that relocated from Hyde Park to the banks of Quinn’s Pond. There you rent a surfboard, paddleboard, or kayak to take out on the water. The once-downtrodden area near the Greenbelt is expected to continue to develop as the park continues to expand.

W.M. Chandler is a Colorado native and works best with her head in the clouds. She is an avid researcher and enjoys writing about unfamiliar subjects. She writes passionately about nature and the outdoors, human connections and relationships, nutrition, and politics.