The Bunker Hill Settlement: What it Means for Northern Idaho 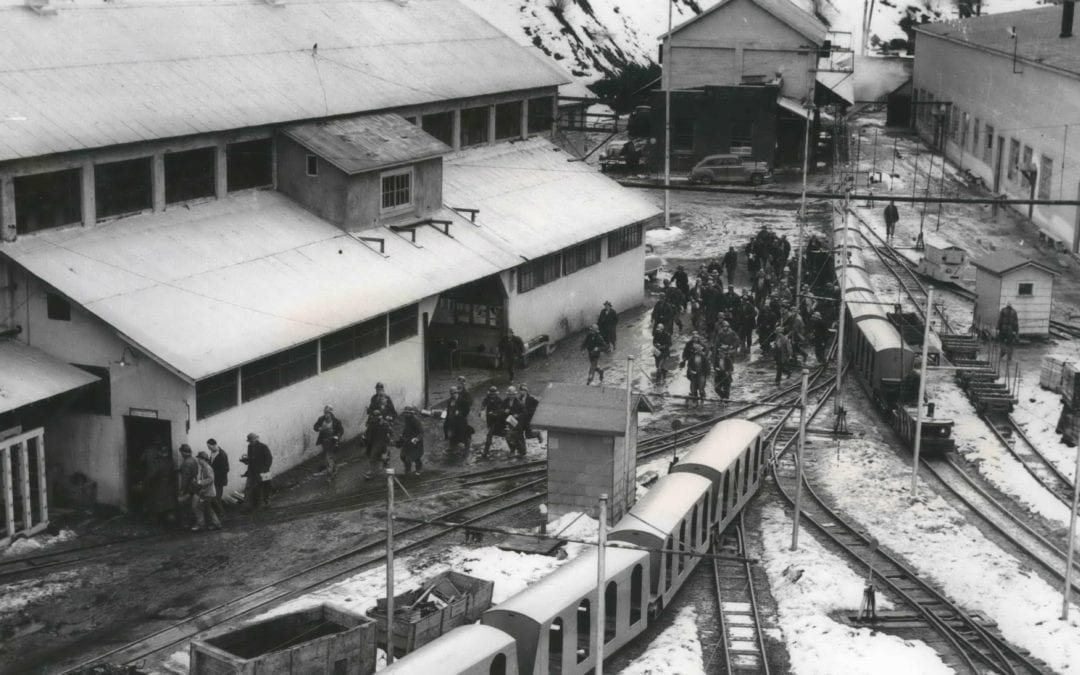 The Bunker Hill mine, located in the historic Coeur d’Alene Miming region of northern Idaho was one of the top silver producers in the country for nearly a century. The mine site was also home to a lead-silver smelter which contributed greatly to lead pollution in the area.

Some of the highest lead blood level readings ever recorded in North America were found in screenings of local children conducted in the 1970’s and 80’s. The Bunker Hill Mining and Metallurgical Complex Superfund Site was placed on the EPA’s national priorities list in 1983, and millions have been spent in cleanup and remediation in the area since. 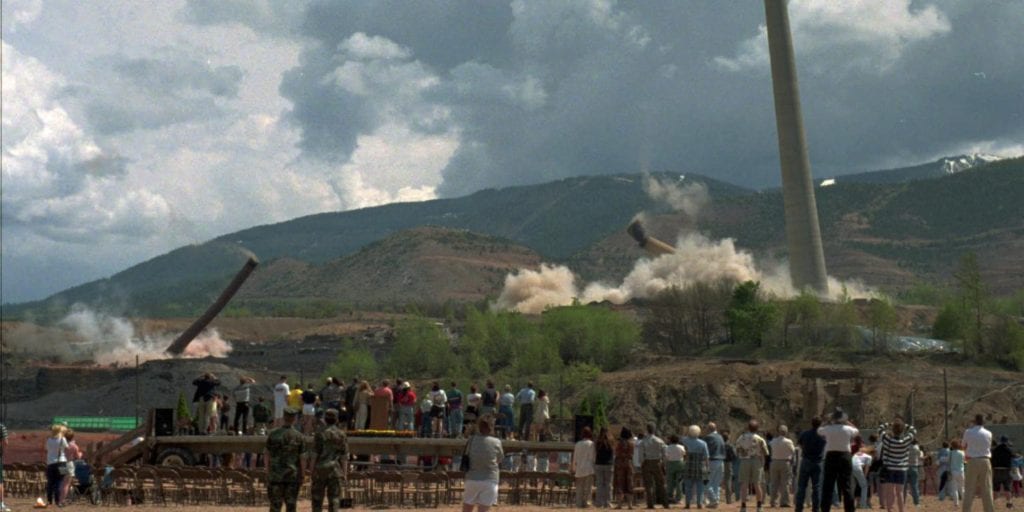 The Bunker Hill is just one of hundreds of mine sites in the area. While Idaho may be commonly known for potatoes, for nearly a century a small area in the northern part of the state was one of the world’s largest silver producers. Over 1.2 billion ounces of silver came out of the area, and there are still some mines active in the area today, although lower silver prices have caused reductions in production.

Much of mining law was started or settled in the area. There were two very literal Mining Wars in the area, one in 1892. the other in 1899, in which mine owners battled miners over labor, safety, and the environment. A few union members were allegedly a part of a conspiracy theory to assassinate Idaho Governor Frank Steunenberg. The resulting arrests, and what was then known as the trial of the century resulted, with William Borah as a part of the prosecution team, and Clarence Darrow of the Scopes trial fame on the defense.

Even through the great depression, the mines in the area survived, and it wasn’t until the 1980’s, when the price of silver plummeted, new environmental regulations were enacted, and many of the mines began to play out that mining dwindled in importance.

The Bunker Hill was one of those mines that faced closure, but also faced some serious environmental penalties. Wastewater still poured from the mine, and that water had to be treated (and still does) before returning to local waterways. At the rate of 1,300 gallons per minute, this is an expensive task.

Fortunately for the Bunker Hill, some very unusual crystals can be found on the upper levels of the mine, including many containing galena, a lead and silver mix. These crystals are prized by collectors, but not worth nearly what the silver still in the ground might be.

However, issues with wastewater and its treatments, and ongoing litigation between the mine owners and the EPA, mining operations beyond some very basic maintenance were halted. Views on just how much silver might be left in the lower levels of the mine and beyond, in new areas of development, are mixed. Some say there is a lot still to be found, others say the mine is essentially played out, and reopening it is economically not viable. The debate has remained unanswered, largely due to the huge liability with the EPA. 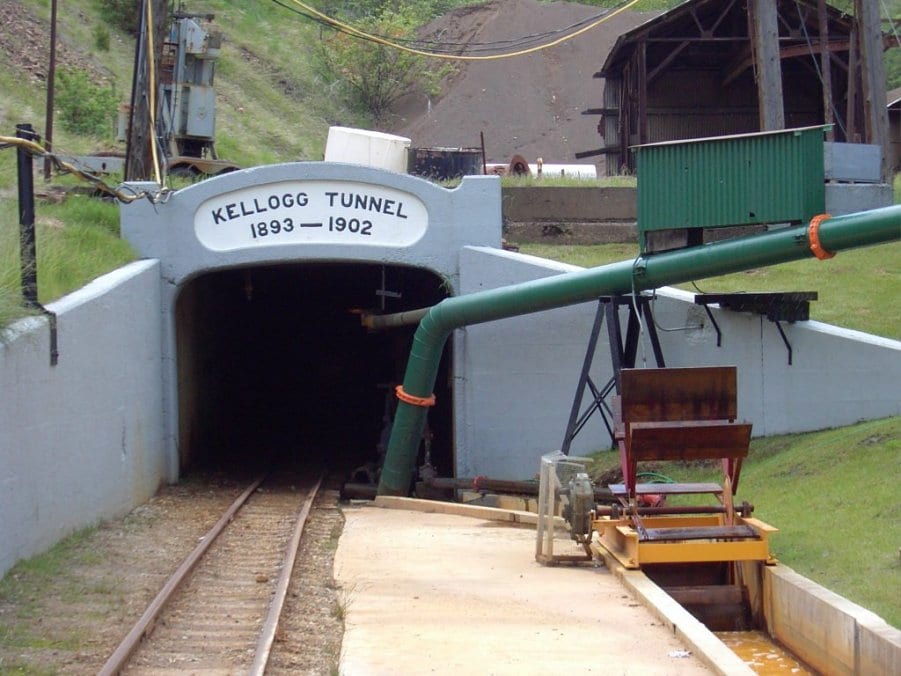 This week, hope was rekindled. A settlement was reached between the EPA, the Department of Justice (DOJ) and the mine owners, settling three decades of disputes. The EPA and Placer Mining, the mine owners, agreed on a settlement of the wastewater issues and Placer Mining’s “takings” lawsuit against the EPA, paving the way for the current lessee of the mine, Bunker Hill Mining Corp. (BHMC) to resume mining operations.

As part of the settlement, BHMC will pay EPA up to $20 million, on behalf of Placer Mining, in satisfaction of EPA’s past costs claim against Placer Mining. As part of the agreement, BHMC has agreed to pay for future treatment of acid mine drainage coming from the mine. BHMC has also agreed to undertake various maintenance and monitoring tasks to help ensure previous cleanup work at the Superfund Site remains protective and is not adversely impacted by new mining operations.

What does this mean to Idaho and the Silver Valley? It means the potential for new jobs, and an economic awakening, and a new source of tax revenue for local municipalities. The area, now a mecca for historical tourism, skiing, cycling, and other seasonal activities, would benefit from a resurgence in industry and transportation.

Not that the area is not spectacular. The cleanup efforts have transformed a barren, polluted landscape back to a lush green paradise. Home of two ski resorts, Lookout Pass on the Idaho/Montana border near Mullan, and Silver Mountain near Kellogg and the Bunker hill mine, the snow the area gets rivals many Rocky Mountain areas. World class fly fishing waits anglers on the North Fork of the Coeur d’Alene River.

The Trail of the Coeur d’Alene’s is a world class, paved, rails-to trails project that people travel from around the world to ride. It stretches nearly 100 miles, starting in Mullan, Idaho, and ending in Plummer, near the Washington border. The 17-mile Route of the Hiawatha bike trial features several tunnels and railroad trestles with spectacular views, and is ridden by thousands of visitors every single year.

The small town of Wallace, featured in the cult classic Dante’s Peak, is almost entirely on the National Register of Historic Places, and features three amazing museums, amazing dining and shopping, and the Center of the Universe (another story for another day).

The reopening of the Bunker Hill, when or if mining operations begin again, could be a great boon not only to northern Idaho and that area, but the entire state. Time will tell the impact it will have, but the settlement with the EPA and DOJ removes one of the major barriers, paving the way for a brighter future.