The Bermuda Triangle—Depression, Anxiety, and Stress 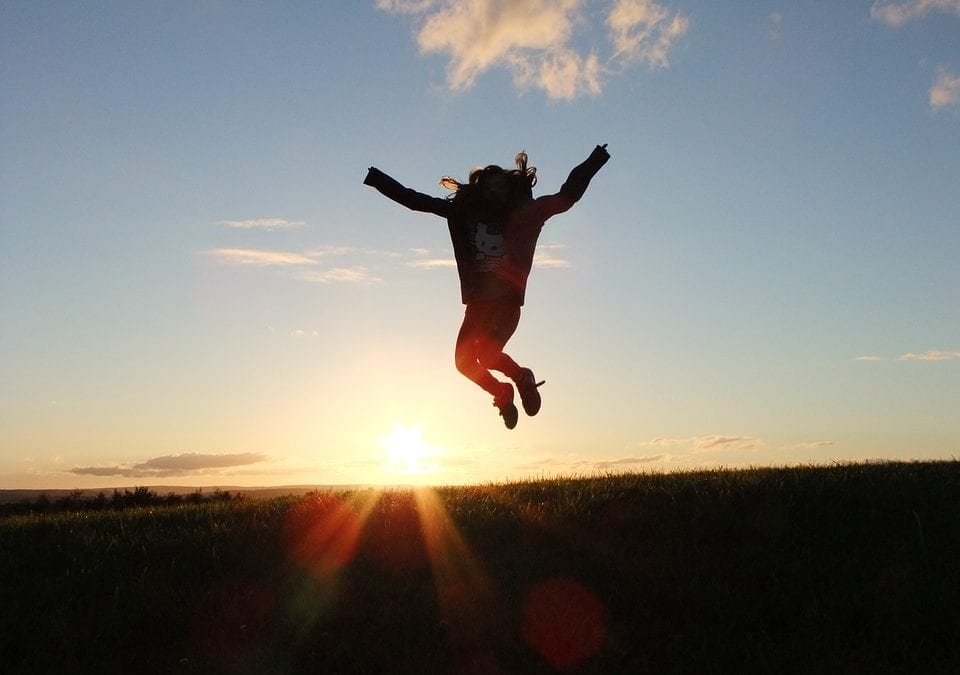 The plethora of human emotion enhances our life journey. Emotions can be a source of personal growth. They can even enhance our interaction with others. Some emotions—such as depression, anxiety (worry), and stress—can obstruct our path to happiness. Much like the Bermuda Triangle, we can even get lost in them.

Pretend for a moment that we’re standing on a giant timeline. 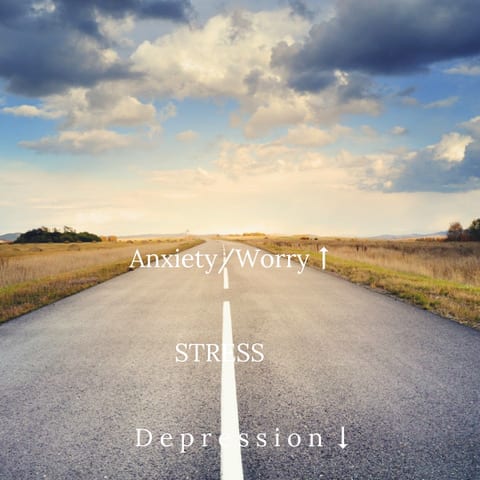 Depression is behind us on the timeline. It belongs to the past.

It’s usually about something we lost or perceive that we lost. It takes a great deal of energy to dwell in the past. For many, this is a place where anger and resentment reside. What’s more, stressing or worrying about the past won’t change anything that’s already occurred. That’s impossible.

What’s done is done; it is what it is.

Can you think of a moment in your life that brought you pain or sadness? Was it a poor decision? Someone who hurt you? The loss of someone you love? If only that moment hadn’t happened. But it did.

Do you know anyone who lives in the past with such intensity that it drives their very decision-making? Rather than releasing the past, they embrace it. They choose to keep the wound open; some even use it as leverage for manipulation, or as a convenient excuse for their current state of affairs.

When the sweetness of life leaves, it’s time to go within and allow ourselves to relieve the pent-up feelings that we’ve been holding in, to empty our baggage: childhood problems, prejudices, assumptions, interpretations, and projections.

A helpful way of doing this is to make a release statement. You can say these words quietly to yourself, speak them aloud, write them down, or create a mantra. Whatever you choose will be right for you.

Anxiety is in front of us on the timeline. It belongs to the future.

It’s about uncertainty, the unknown, the what-ifs. Like the past, it also takes a great deal of energy to dwell in the future. For many, this is a place where fear resides.

There’s not a single person in the history of mankind who has changed a future outcome through worry.

The only way to change a future outcome is if we can make a realistic plan of action and see it through. If it’s something that you can’t create a realistic action plan for, then you don’t own it; it doesn’t belong to you, and you must let it go. You can use a release statement here as well.

According to the National Institute of Mental Health:

Stress occurs where we currently stand on the timeline.

It happens when we focus on the past or the future, instead of the present moment. It’s been estimated that up to 90 percent of all illness is stress related. The effects of stress substantially reduce efficiency and accuracy not only in performing physical tasks, but also in the areas of abstract planning, decision-making, and creativity.

Prolonged stress leads to tiredness and irritability, a weakening of the immune system, and the development of physical illness. Stressing or worrying about what lies ahead is an exercise in futility.

Erma Bombeck said, “Worry is like sitting in a rocking chair. It gives you something to do but doesn’t get you anywhere.” 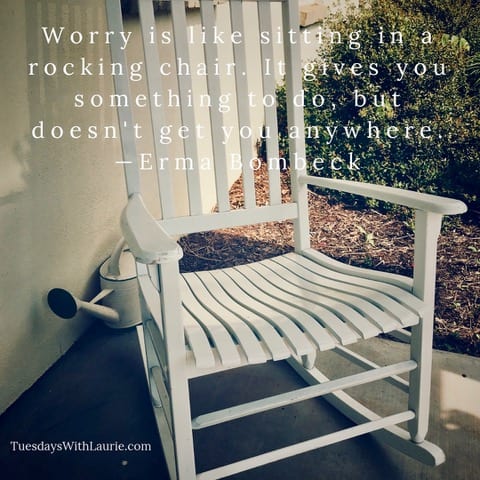 Simply put, the past is over, and the future has yet to be written. We have the gift of the present moment in which to live.

You’ve heard the Latin phrase carpe diem, “seize the day.” Now is the time. Now is the day.

We can’t reshape the past, and none of us has a guaranteed future; they’re tenuous places to live. Dwelling in either one of them leads to limited satisfaction, feeds control issues, and fans the flames of discontent.

“Your time is now. Live in the moment.” —Laurie Buchanan 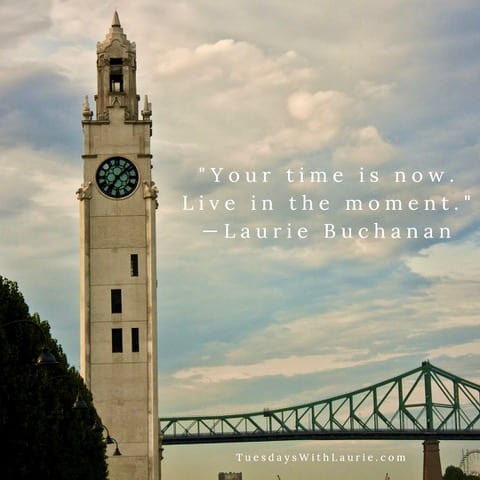