Sexual Frustration—The Elephant in The Room 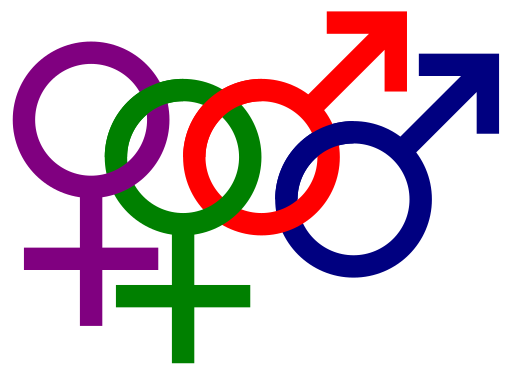 Each of us has seven selves: self-preservation, self-gratification, self-definition, self-acceptance, self-expression, self-reflection, and self-knowledge. In addition to overseeing our occupation and life purpose, self-gratification also governs our sensuality and sexuality. And while sex that both participants enjoy and embrace is incredibly pleasurable, healthy, and fulfilling, sexual frustration in a relationship is the elephant in the room. 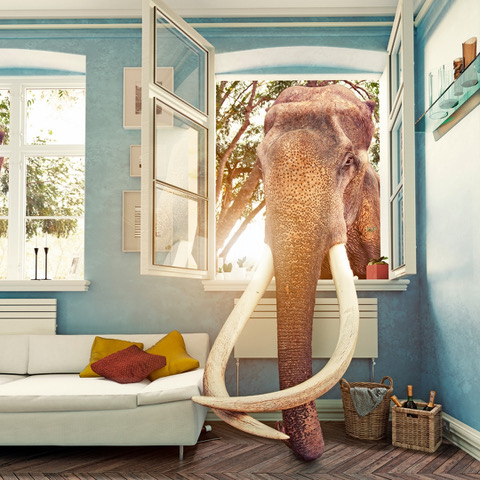 Many times, couples stop discussing it and look the other way because itcan lead to arguments. However, left unresolved, the problematic elephant gets heavy to lug around and begins to invade other aspects of the relationship, even when no one’s acknowledging it.

When I broached the subjects of sensuality and sexuality with my client, Gael, she blurted out, “Let’s not go there!” Naturally, I asked her to explain.

“I’ve spent so much of my adultlife dealing with ‘issues’ that I’ve never really explored my sexuality. I didn’t as a teenager, when most of my friends experimented, and as a young married woman, I was more interested in raising my children than being feminine. I was always the ‘good girl.’ As a single parent, and then meeting and marrying my second husband, I still was never interested in using my sexuality to entice or encourage.

“While I consider myself loyal, loving, and fully engaged in relationships, I wouldn’t consider myself passionate. In some ways, my husband is the same, and I find that our level of intimacy has dwindled. And while he thinks it’s because we’re ‘old,’ I find his lack of interest sad and at times take personal responsibility for causing him to be disinterested.

“My habit of downplaying my sexuality has played out exactly as I wrote the script, and now, at age fifty-eight, I feel I may have missed something wonderful.”

IT’S WHAT’S INSIDE THE PACKAGE THAT COUNTS

The intricate human design isn’t just biological. It includes emotional, intellectual, and spiritual components that work together to make up our human nature—and this includes our sexuality. Part of self-gratification’s responsibility is to help us navigate these potentially treacherous waters.

Countless people have suffered because they’ve stuffed their sexual authenticity into their baggage to conform to familial or societal expectations. 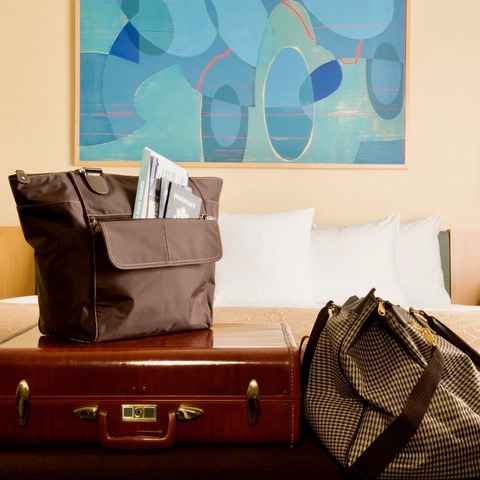 Unfortunately, when it comes to sex, many of us carry heavy baggage that weighs us down. Some of the items tucked in our luggage can include issues such as molestation, rape, intimacy, fertility, unrequited love, frigidity, or a feeling of needing to hide our sexual orientation or gender identity.

David shared, “I was raised in a small, narrow-minded, rural town by my father, a tough, emotionally inaccessible owner of a small trucking company. I’ve known since I was fifteen that I’m gay. After high school, I moved away from home to avoid having my family and friends find out. After years of hiding the truth, I couldn’t stand it anymore. I called my dad and, during a two-hour conversation, gently told him that I’m gay. His reaction? For the first time in my life, he said, ‘I love you.’”

Passive or active, what we do—or refrain from doing—with our gender identity and sexual orientation can impact our baggage. For some people, this occurs early on. For others, it happens later in life.

Connie, sixty-two, a mother of four, shared, “After three divorces and many other failed relationships with men, seven years ago I started my first relationship with a woman and my entire world changed. I got involved with someone I never expected to get involved with, and it was an awakening. I didn’t fight it, because it was like, ‘Now I understand why I had the issues I had early in life.’ I had a great deal of difficulty connecting with men in relationships.”

We express the direction of our sexual interest in our sexual orientation—our romantic, emotional, or enduring sexual attraction toward members of our own sex, or the opposite sex.

“I’ve been with men all my life and had never met a woman I’d fallen in love with before,” Bella shared. “But when I did, it didn’t seem so strange. It didn’t change who I am. I’m just a woman who fell in love with a woman.”

There are many different sexual orientations: asexual, bisexual, heterosexual, homosexual, pansexual, and polysexual, to name a few.

Helen, fifty-three, was married and dated only men for the first thirty-nine years of her life. But at forty, she had a fling with a woman and fell in love. She shared, “Life threw me a surprise party, and it’s been the best relationship of my life!”

Gender identity refers to the internal sense of whether someone is male or female. Some people move in between; this is referred to as “gender fluid.”

Male and female are identities “assigned” at birth based on genitals; sex assignment is biological. However, many people don’t identify with the sex they were assigned. They feel it’s a false or incomplete description of themselves—gender is emotional.

As a global community, we can choose whether to let differences regarding sexual orientation and gender identity go on dividing us into armed camps, or we can choose to celebrate them by recognizing that each has its power, its authenticity, and its sanctity.

Self-gratification — the maestro of pleasure and passion — orchestrates sensuality and sexuality. Many people confuse the terms “sensuality” and “sexuality,” thinking they’re synonymous. And while there are certainly areas of overlap, sensuality doesn’t have to be associated with sexual intimacy, and sexuality isn’t the only arena for sensual expression.

Sensuality is something much broader—it’s enhancing and embracing our human experience through conscious awareness of our senses. As a person who loves being in nature, I enjoy a sensual experience every time I go outside and engage my senses—connect— with nature: taking a deep breath of fresh air, smelling wildflowers, listening to birds calling to each other or the wind whispering in the leaves, feeling the bark of a fallen tree branch, or appreciating a star-studded night sky.

These forays in nature don’t feed only the senses. Numerous studies show that people who are depressed, mentally ill, or just plain stressed out often find help from a walk along a sandy beach, in a park, or through a garden.

Sensuality can include things of beauty, luxury, and refinement; an appreciation of simplicity; the awe-inspiring bounty of nature; the taste of food; a passion for creativity and the arts; aroma; and a deep connection to ourselves, to others, and the universe.

Our senses—taste, touch, sight, hearing, and smell—are integral to sensuality, pleasure, and passion.

You can’t see it, hear it, or touch it, but scent is powerful—our most dominant sense. The smell of things like crayons, jasmine, and burnt toast evokes memories that can transport us to the past and bring to mind people and places we might not otherwise recall.

Vivian shared, “I can remember as a small child visiting my grandmother. While I was toddling around her garden, I flopped onto my bottom many times because I was just learning to walk. I remember being given numerous flowers and leaves to smell, feel, and look at, some even to taste. I can remember being told about the fairies that lived in the garden, so a strong sense of magic and mystery pervaded the experience for me.

“My grandmother moved shortly after this visit, and her next garden was mainly roses. The memory of exploring the first garden must have faded soon after that experience, as it wasn’t until I was about twenty-four years old that I again smelled the flower of a morning, noon, and night bush and the scent of that flower brought the memory of my grandmother’s magical garden flooding back.”

Sensual perception also plays a role in who we find attractive. It may not betheir drop-dead smile or dreamy eyes that draw us like a magnet to another person after all.

Remember the “va-va-voom!” effect used in cartoons, when a character’s eyes pop way out of their head when they see someone they’re attracted to? That’s pheromones at work. In his article “The Smell of Love” that appeared in Psychology Today, F. Bryant Furlow tells us that human pheromones are naturally occurring chemical substances that trigger specific mating responses.

While pheromones have no smell or odor, they’re sensed by an organ in the nasal passage—the vomeronasal organ—that sends a message to the hypothalamus and other emotional centers of the brain. These odorless compounds have a profoundeffect on human behavior, including attraction and the desire for sex.

Mood is demonstrably affected by what our senses experience. That’s why many couples combine the sensual with the sexual experience to enhance their lovemaking. This may include candlelight, a scented bath, satin sheets, and romantic music. Sensuality is a key ingredient for richer sexual expression, gratification, and pleasure. And sexual pleasure comes with many emotional and physical health benefits.

When we’re confident in our pleasure and self-gratification, we’re empowered. Busting through the baggage that weighs us down helps us to find pleasure and passion in life—helps us to thrive buoyantly, in joy.