Planned Parenthood Controversy: Should They Be Defunded? 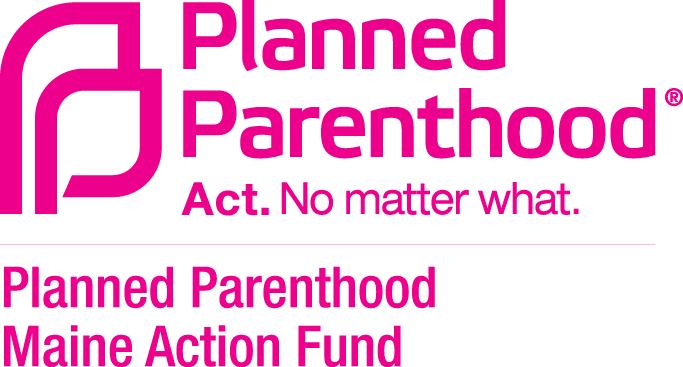 Planned Parenthood has been in the headlines for years mixed with scandal, supporters trying to protect them, and organizations trying to defund them. For most people when they hear Planned Parenthood their first thought is “abortions.” It is very difficult to see the forest through the trees with this organization as they defend their clinics with facts about their funding and accommodations to men and women across America.

There are many positive and negative testimonies of Planned Parenthood –  so who is to say what the truth of their services is? Has Planned Parenthood always fought fair against their pro-life adversaries? No. There has been mud slinging and unfair treatment both sides of the abortion argument. Is it time to give Planned Parenthood the ax because we have a pro-life Republican legislature? In my opinion, we would be throwing the baby out with the bathwater. 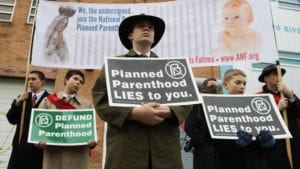 Many pro-lifers were thrilled with the news that it is now possible to restrict their tax dollars funding to these clinics – but here is where they are mistaken: The Hyde Amendment makes it illegal for federal funds to directly fund abortions. So, what is the big stink about defunding a clinic that provides abortions paid for with private money?

Recently Ivanka Trump met with the head of Planned Parenthood, Cecile Richards, in an effort to understand what the organization provides and how their funding works. Dawn Laguens, executive vice president of the Planned Parenthood Federation of America, told Politico. “The main thing that Cecile Richards was doing was explaining that the money doesn’t actually go to abortions — we get reimbursed the same way a hospital does. We were clearing up misinformation about how this works.”  What effect has the meeting had on Capital hill? It is too early to tell.

Here is what I do not understand. Why is it okay for the 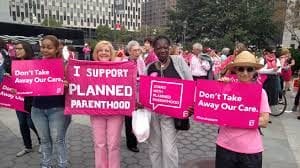 government to target abortion providing clinic’s funding? Since federal money is already blocked from being used for abortions then what is the problem? Are they going to start funding religious based pro-life clinics instead that push women towards their agenda? How is that not discrimination? Where do we draw the line at government support for medical care when it comes to the reproductive health of its citizens? Women deserve access to pro-choice and pro-life clinics. It is their body and their decision on how they want to mold their family.

Women deserve access to pro-choice and pro-life clinics. It is their body and their decision on how they want to mold their family.

It is apparent, however, that if Planned Parenthood dies on the chopping block there will be an issue with reproductive health nationwide. Where will the poor men and women get their contraceptives, STD support, and overall reproductive health support? We will undoubtedly see a rise in citizens on welfare and babies handed over to the government or worse – dumped on the streets. The issue of abortion is not a political issue – it is a heart issue. Just because abortion-providing clinics close their doors does not take away the desire for women to have abortions. In fact, we are gravely placing these women in horrific situations. We will be back to hack-job abortions threatening the lives of the women determined to get one. If there isn’t affordable birth control offered how are we mitigating the issue of unwanted pregnancies? Is the country ready to adopt and foster the millions of babies that will come from a lack of contraceptives?

The sensitive issue strikes our hearts in many ways. First and foremost we must understand that we cannot force women to have abortions and we cannot force them not to. It is not the government’s job to dictate how a woman handles her pregnancy. Clinics should absolutely not push women in either direction on the choice to have an abortion. It is a personal – private issue. How are we serving women with eliminating a clinic that helps them? I believe we should be providing more services to the women in need. We should be not only focusing on the womb but on the woman as a whole. Women deserve better than to be forced into a decision about her and her baby’s life.

Personally, I would love to see a non-bias family planning clinic that does not push women in either direction – providing information, counseling, contraceptives, and reproductive health. Women need a neutral ground to contemplate their needs and their options. Could Planned Parenthood reform and become that clinic? Could Planned Parenthood drop abortion services and refer patients to OBGYNs to handle the procedure? We have so many options to explore. In the meantime, let’s not take away men and women’s access to free reproductive services.