How’s your occupational wellness? For some, this can mean needing to find a job, for others, it can mean finding work-life balance, and for nearly everyone, it means finding healthy ways to reduce stress. Because what we do in exchange for a paycheck utilizes so much of our time, it’s vital to our well-being that we do what we enjoy, and enjoy what we do. This enhances personal satisfaction and enriches our life.

On Ben’s way to celebrate his father’s eightieth birthday, he stopped by and shared that he was heading to his dad’s office to surprise him.

“His office? Your father still works?” I asked in wide-eyed astonishment.

“Oh, gosh, yes!” he replied. “He’s still a practicing dentist. He retired when he was sixty-seven and found that he missed it too much, so, after six months, he reopened his practice. He’s one of the fortunate people who absolutely love what they do.”

Unfortunately, for some, there’s a fine line between enjoying their job and workaholism. A workaholic is a person with a compulsive, and unrelenting need to work. They’re intelligent, ambitious, successful people who are prisoners of their own success.

One of my clients, Justin, a thirty-five-year-old executive at a high-pressure investment firm, works sixty to seventy hours per week. Even on vacation, he often slips away from the rest of his family to go online, check messages, and answer e-mails and phone calls. Until recently, he saw nothing abnormal about his behavior; in fact, everyone at his job works like that.

Another client, Chad, age thirty-two, shared this story: “I’ve lost my wife, my daughters, most of my friends, and my driver’s license because ‘it’s all about me.’ I did so well, so fast, in the corporate world, money and opportunities were thrown at me hand over fist. I began to believe the publicity that I was a ‘golden boy’—untouchable. I didn’t think the rules applied to me, so I betrayed confidences and marital vows and drank to cover up how that felt. I believed I was bulletproof and rode that wave until it crashed, taking everything I held dear.”

Rita, an attorney, gets by on four to six hours of sleep per night, or even as little as an hour if she’s preparing for a trial. She’s accessible to her clients from 4:00 a.m. to midnight, seven days a week, via cell phone, air phone, e-mail, or her cherished iPhone, which has become like an appendage.

Rita’s husband Sam, an attorney who left a successful practice to be a stay-at-home dad to their two children, said, “At her best, she’s decisive, persistent, self-motivated, passionate, and committed—hence the long work hours. At her worst, she can be demanding, impatient, intolerant of flaws, and emotionally distant.” 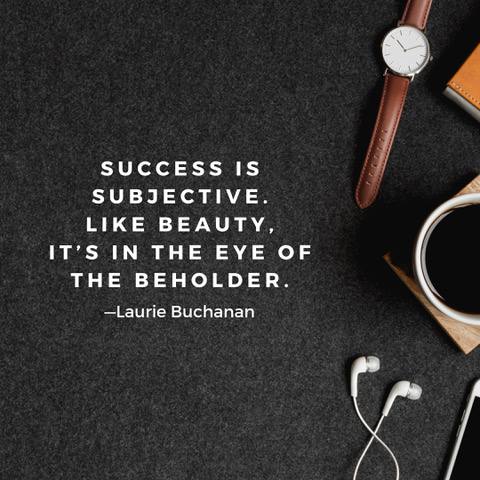 I think my friend Sam defined it best when he said, “It all comes down to the capacity for love, which trumps all else in this world.”

Occupational wellness means that we bring the unhealthy aspects of our career or life purpose to light—take them out of our baggage—for examination so we can find the mind-body correlation and work through them in a healthy and productive way, offloading baggage and increasing joy.

Occupational wellness means that we intentionally set aside our busyness and schedule time to play the piano, read a book, take a walk like we used to, play with a puppy, lie on our back in the yard and watch the clouds dance across the sky, learn how to make something, go out to a restaurant with a friend, skip stones on a lake, visit a museum, or sit under a tree to experience silence again.

In taking an active role, we come to understand and value the best use of our gifts, skills, and talents in order to make a contribution to our life and to the lives of those in our sphere of influence. It means being engaged in what we do and integrating a job well done into a lifestyle that’s balanced, satisfying, and rewarding.