L is for Laughter 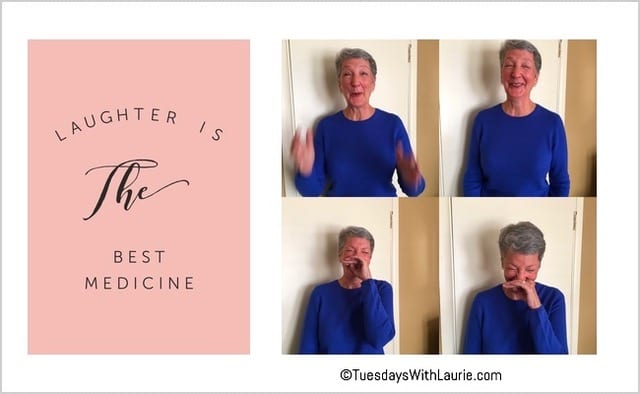 Did you hear the one about?…

The focus on the benefits of laughter began in earnest with Norman Cousins’ memoir, Anatomy of an Illness as Perceived by the Patient. Norman who’d been diagnosed with Ankylosing Spondylitis, a painful spine condition, discovered that a regimen of comedy films like Marx Brothers and episodes of Candid Camera made him feel better. He said that ten minutes of laughter allowed him two hours of pain-free sleep.

Scientists attribute the benefits of laughter primarily to its ability to combat the physical and emotional characteristics of chronic stress, which have been shown to suppress the body’s immunity.

The Health Benefits of Laughter

Laughter reduces stress by increasing the body’s secretion of growth hormone, which, in turn, has a positive effect on immunity. Increased stress is associated with decreased immune system response.

Laughter decreases the release of adrenaline and cortisol, two of the worst culprits in weakening the immune system. Studies suggest that similar to exercise, laughter releases endorphins that the body uses to fight pain and depression.

Research done at the University of Maryland Medical Center shows that “Laughter is similar to exercise in that it decreases blood pressure, increases muscle flexion, improves the overall performance of the heart’s muscular functions, and possibly wards off heart disease.”

Roberta Gold, recreation and humor therapist based in California said, “The physiological processes the body undergoes during laughter are relaxing. Your circulatory system works better, you oxygenate your blood better, and you feel better afterward, physiologically and emotionally. The benefits of comedy aren’t just physical. While laughter improves the body’s physiological processes, a sense of humor is paramount to mental health. Laughter stimulates positive emotions and encourages a more positive outlook.”

Research at the University of North Carolina determined that a positive mental state—such as one brought on by humor—increases open-mindedness, creativity, and the capacity to adapt to change.

Experts also speculate that a sense of humor goes hand-in-hand with higher levels of “emotional intelligence” which determines a person’s ability to handle their feelings and understand the emotional states of others.

Humor has also been linked to improved test scores. In a study at Johns Hopkins University Medical School, researchers divided students in a graduate biostatistics class into two groups. They administered identical exams to each group, except that one set of tests had humorous instructions. Students who received the amusing exam scored significantly higher than those with the ordinary directions.

According to a study released by the American Heart Association’s Scientific Sessions 2000 meeting, laughter and an active sense of humor may also help to prevent heart and artery disease.

How does it work?

Scientists speculate that humor stimulates the brain’s reward center in the same ways as SEX and CHOCOLATE. In turn, this reward center secretes two hormones into the brain: dopamine and serotonin. Also known as happiness molecules, these are anti-stress chemicals associated with the feeling of happiness. As we grow older, the production of these chemicals in the body decreases, so laughing becomes all the more important with increasing age.

As a Holistic Health Practitioner, I can share this fact with certainty: of the 206 bones in the human body, the most important one is the funny bone. Laughter is indeed the best medicine!

When was the last time you enjoyed side-splitting laughter?

Laurie’s book, the Business of Being, is coming July 10th! Don’t miss it! 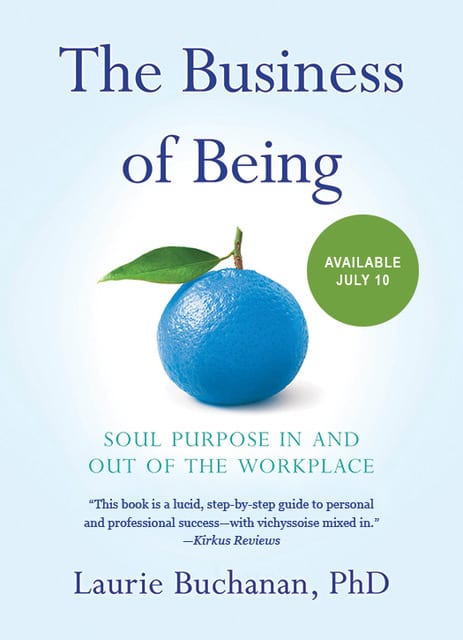