Envy: It’s all in your head, really!

Does the amount of money people accumulate have anything to do with their level of happiness?

In his 2008 book, The Geography of Bliss: One Grump’s Search for the Happiest Places in the World, Eric Weiner wrote, “Recent research into happiness reveals that money does indeed buy happiness, up to a point. That point, though, is surprisingly low: about $15,000 a year. After that, the link between economic growth and happiness evaporates.”

My former client, Sibyl, shared, “My husband was thrilled with his $3,000 bonus until he learned that someone else got $7,000. Now all he thinks about is Why not me? His green-eyed jealousy has turned to resentment, and it’s eating him alive.”

It’s been said that the greatest enemy of happiness is envy. 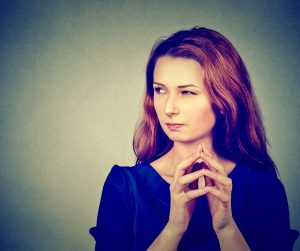 Envy is an emotion that occurs when we think we lack another person’s qualities, achievements, or possessions and desire them for ourselves.

Self-acceptance and envy are mutually exclusive. When we have true self-acceptance, we don’t envy what another person has, is, or accomplishes.

Many would agree that joy is a spiritual practice. It stems from an awareness of abundance—inner wealth. It grows out of faith, grace, gratitude, and love. It’s the deep satisfaction we appreciate when we’re able to serve others and be glad for their good fortune.

If we remain a passive participant in our life, waiting for joy to find us, our life will be unfilled, and the wait will be endless.

If, however, we’re active participants, we’re choosing to cultivate joy. And the best way to do that is by thinking about things we’re grateful for. Gratitude unlocks the fullness of life.

Dr. Michelle L. McClellan, a licensed clinical psychologist, is a proponent of journaling, which, she says, “is an age-old introspective technique that assists individuals in their personal growth. Writing is a time-honored process that enhances and speeds the process of change.”

In his article “Rx for Life: Gratitude,” which appeared on Beliefnet in November 2000, Gregg Easterbrook wrote, “Consider that recent academic studies have shown that people who describe themselves as feeling grateful to others and either to God or creation, in general, tend to have higher vitality and more optimism, suffer less stress and experience fewer episodes of clinical depression than the population as a whole.”

A psychology professor, Robert Emmons of the University of California, Davis, had a group of students keep a “gratitude journal”—a weekly record of things they felt grateful for. This group achieved better physical health, were more optimistic, felt less lonely, exercised more regularly, and described themselves as happier than the control group who shared the same criteria but didn’t journal. 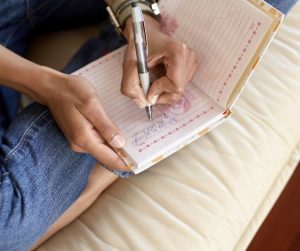 The practice of gratitude isn’t a denial of life’s difficulties. One of the best ways to respond to a difficult situation is by acknowledging it as such and then saying, “Yes, this is terrible, yet I’m grateful for . . .”

By making gratitude a regular part of our daily experience, we set the stage for connecting more deeply with our higher self.

Researchers at the University of North Carolina in 2000 determined that a positive mental state—such as one brought on by humor—increases open-mindedness, creativity, the capacity to adapt to change, and broad thinking.

“The average preschooler laughs or smiles four hundred times a day. That number drops to only fifteen times a day by the time people reach age thirty-five.” —VARSHA TIBREWAL, Camellia Institute of Technology

Experts also speculate that a sense of humor goes hand in hand with higher levels of “emotional intelligence,” determining people’s ability to handle their feelings and understand others’ emotional states.

Scientists speculate that humor stimulates the brain’s reward center in the same ways sex and chocolate do. In turn, this reward center secretes two hormones into the brain: dopamine and serotonin. Also known as happiness molecules, these are anti-stress chemicals associated with the feeling of happiness. As we grow older, the body’s production of these chemicals decreases, so laughing becomes even more important. 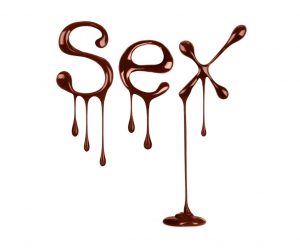 “It takes ten minutes on a rowing machine for a person’s heart rate to reach the level it would after just one minute of hearty laughter.” —WILLIAM FRY, a laughter research pioneer

As a holistic health practitioner, I can share this fact with certainty: of the 206 bones in the human body, the most important is the funny bone. Laughter is indeed the best medicine.