Destroying My Enemies: Polarization in American Politics and Religion 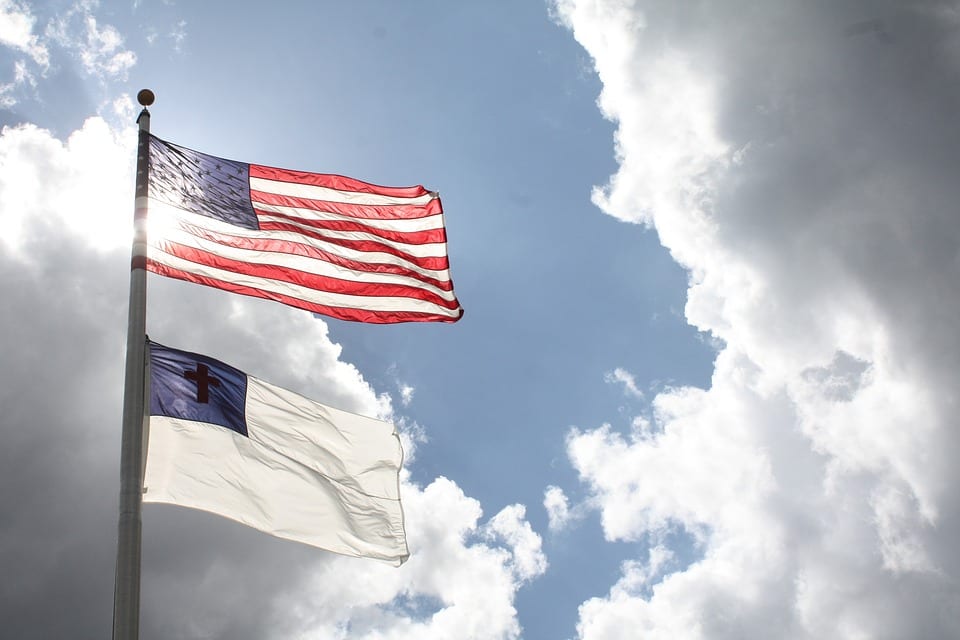 “Always forgive your enemies; nothing annoys them so much.”

“We do not merely destroy our enemies; we change them.”

I joined a discussion on social media with someone who I had known for years, considered a friend, but it was a critical mistake. By the end of it, there were words typed in all caps on his end, and suddenly I found myself unfriended.

What happened? As much as I tried to keep the discourse friendly, the more questions I asked the more heated the discussion got. I tried not to make sweeping statements, just to ask things like “Why?” and “How did you reach that opinion?”

So how do we remind ourselves and others that the person in front of you with a different opinion, sexual orientation, color of skin, and religion is still a human being that deserves respect, has feelings, and is dealing with their own problems in their own life that are the same as the ones you deal with? Don’t we share more in common than we have differences?

The answers are not easy. The origins of this polarization go back a long way, and the damage done will be hard to undo. It started, not surprisingly, with the church.

There was a time when churches had friendly disagreements. And even when pastors would meet to discuss common problems in their community and how to solve them, even (gasp!) through cooperation. Then came the moral majority and a polarizing debate about abortion and its legality.

Before Roe v. Wade came along, most pastors tried to avoid political debates. They felt it was a part of the separation of church and state, and by the IRS regulations around their tax-exempt status, technically it was a legal necessity.

But Jerry Falwell and the “moral majority” who followed him went so far as to call doctors who performed abortions murderers.  How could a Christian condone murder? The simple answer is they could not, and confused churchgoers everywhere united against the Supreme Court decision.

Suddenly, conservative Christians aligned with a political party and made that fact known. The other side was made up of sinners, evildoers, and murderers. A “real” Christian certainly couldn’t align with them, not because of mixing politics and religion, but because of Biblical principles.

Love for your neighbor gave way to upholding principles and an attempt to legislate morality through democracy.

Understand, this was not the first time this happened. All through American politics and history runs an undercurrent of religious interference and even persecution.

Yes, the pilgrims fled Great Britain for religious freedom, but more for economic relief from taxes. However, tolerance was not their strong suit. The reason for the constitutional declaration that there should not be an established state religion was not only a rebellion against the Anglican church but because there were already issues of religious tolerance in the young colonies.

Both sides in the Civil War claimed Biblical principle as the basis for their beliefs. The Catholics moved west to bring religion to the “savages” that were the native American people. The Mormons fled to Utah after religious persecution by Christians and other more established religions in Rhode Island and other states. Many were beaten, some were even killed.

America was not the land of the free, and freedom of religion and the freedom to not practice frequently came under attack. One religion tried to push their agenda on another, and often politics determined who reigned supreme in any one state or territory.

The sad truth of the matter is that discrimination of a variety of types is not new in the United States or in various institutions. African-Americans had their own churches not just because they had much better choirs, but because they were not welcome in most churches and for a long period of time were considered less than human.

In fact, much white supremacist rhetoric, including the Aryan justifications fostered by Hitler, have misinterpreted Biblical origins. Rather than being a bastion for love and equality, the church itself was the source of racism and discrimination.

These churches were not an exception to the rule: I was taught many untruths about other races, people with alternate lifestyles, and sinners in general when I was growing up. However, a close study of the message and mission of Christ, the one who Christians claim to follow, tells an entirely different story.

“Jesus Christ lived in the midst of his enemies. At the end, all his disciples deserted him. On the Cross he was utterly alone, surrounded by evildoers and mockers. For this cause he had come, to bring peace to the enemies of God. So the Christian, too, belongs not in the seclusion of a cloistered life but in the thick of foes. There is his commission, his work. ‘The kingdom is to be in the midst of your enemies. And he who will not suffer this does not want to be of the Kingdom of Christ; he wants to be among friends, to sit among roses and lilies, not with the bad people but the devout people. O you blasphemers and betrayers of Christ! If Christ had done what you are doing who would ever have been spared’ (Luther).”

― Dietrich Bonhoeffer, Life Together: The Classic Exploration of Christian Community

In fact, the people Jesus fought the most if the New Testament is indeed factual, was the church at the time. They were the orchestrators of his death. They were the ones who paid for his betrayal.

The modern church is no different. Members gather on Saturdays or Sundays to be among those of their kind. Those who are not like them are not welcome. There are few that do much in the community, illustrated by Joel Osteen, one of the most prominent preachers in the nation closing the doors to his church when the Houston community was in need.

It’s also illustrated by Jesse Duplantis asking his congregation to pay for a $54 million jet so he could better spread the gospel, those at the Westboro Baptist Church picketing funerals, and the sign holders that picket Planned Parenthood calling mother’s murderers and stand at pride rallies with signs telling the LGBTQ community they are going to hell. Almost nothing happens in Churches on the other six days a week. Beautiful buildings sit empty, locked, and protected.

Fact: these are the very people who Jesus opposed. The sinners were the ones he hung out with most of the time. Whether or not you believe Jesus was a real person and lived among men or was a fictional character in an elaborate story, most of those who claim to follow him, or frankly other religious figures from the past, seem to have very little in common with them.

Youth are running from the church in record numbers and not looking back. A common complaint is that college seems to make liberals and causes youth to turn from the religion of their childhood. Odd. It is like travel, exposure to different cultures, and the presentation of broader ideas makes them more tolerant and loving.

My number one complaint leaving the church of my youth was that I discovered that the people of the “world”, those sinners and evildoers were more real, kinder, and more loving than those who professed Christianity. Is it any wonder I left? Is it any wonder the youth are leaving and not looking back?

It’s not that I didn’t try. I went back to churches from time to time. I taught in them, using my knowledge from my time in Christian High School and Bible College. I tried to turn to them when I was troubled, tried to be real. It never worked. I was shunned, turned away, and treated poorly until I turned to non-religious friends who were there for me, most often with no questions asked. Eventually, I gave up on the church, on Christians, on all of it.

It’s easy to sit back and point out problems. It’s much tougher to put forth some kind of solution. So here are some ideas:

What if they just won’t let go? Sever ties if you have to, at least for a while. Continue to be kind, but from a distance. The truth is this: if enough people employed a strategy of love and kindness, our enemies might even become our friends.

“Do I not destroy my enemies when I make them my friends?”

Truly, that is the quickest way to destroy them. Want to stop the polarization in American politics and religion? Take away the poles. Meet in the middle. Do things that make sense not for individuals or individual groups, but for the country and the world as a whole.

This post is not meant to simplify an overly complex topic. Instead, it is meant to start a conversation. What if there were fewer Democrats and Republicans and simply more Americans? Remember the post 9/11 unity? What if we could get that without a national disaster?

“The Bible tells us to love our neighbors, and also to love our enemies; probably because generally they are the same people.”

What if there were fewer Christians, Catholics, Buddhists, and Muslims and more people who were simply kind to their fellow man? What if we truly did love our neighbor, regardless of what they looked like, who they chose to marry, or how they chose to identify themselves?

Of course, there is more to it than this but it’s a start. In most cases, we’re on the same side. We just need to step back so we can see it.