Crisis of Faith: Why America is not a Christian Nation 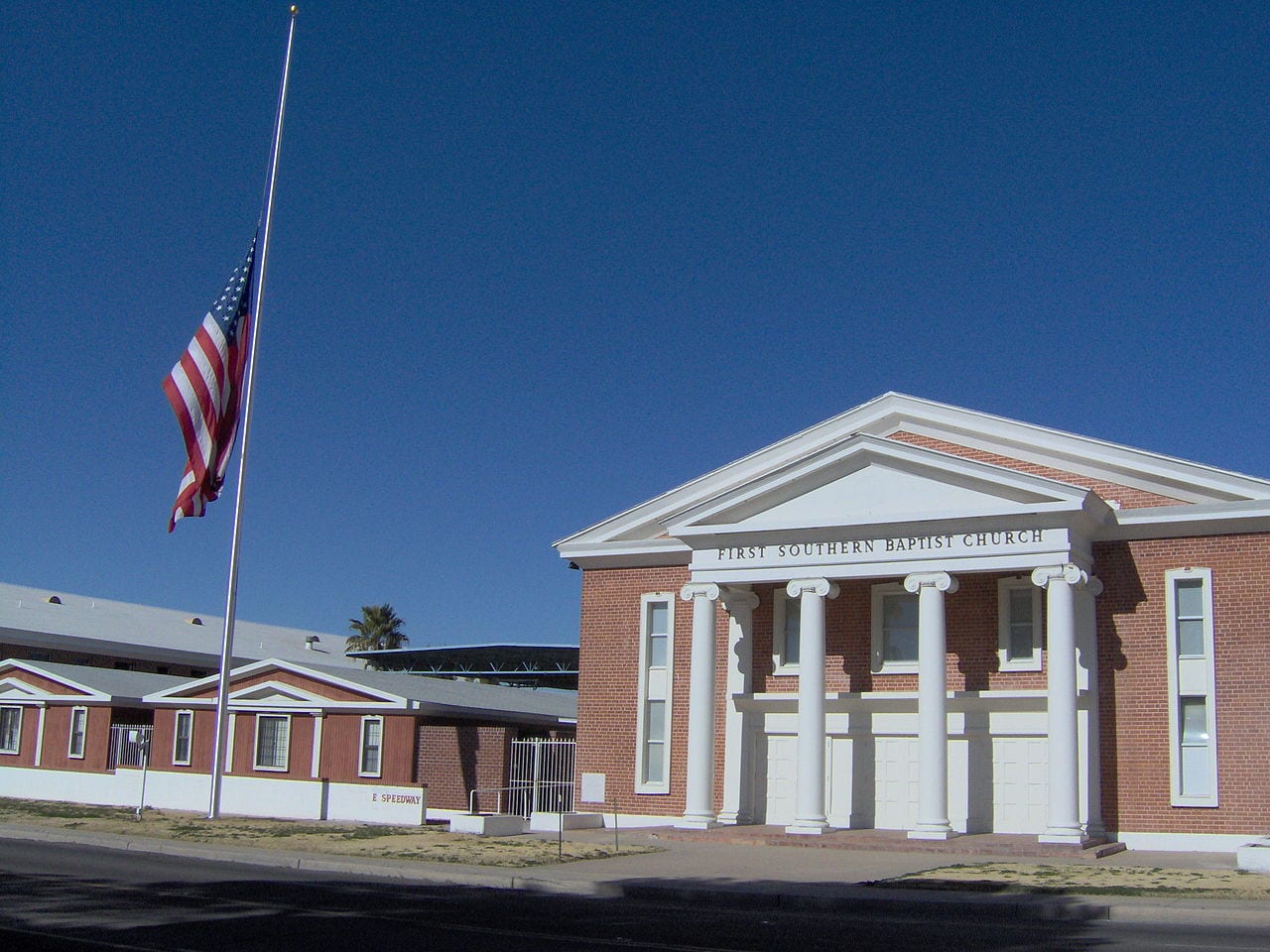 Sunday, millions of Americans went to church. 70% still claim some religious affiliation, but whenever someone on social media or elsewhere opens the debate of the United states as a Christian nation, an argument ensues.

Some claim that the founding fathers were not all Christians, a fair and probably true statement. The counter argument is the founders used the Bible to guide them in creating the constitution, that they began every session with prayer and for the most part they believed in Christian principles.

When anyone dares to point out that the reason the Pilgrims came to the United States was religious freedom, not a certain religion, and that the Revolutionary War (and every war since) was fought over economics and taxes, not moral principles, the facts are pushed away.

I think, however, that there is a much simpler test to tell if America is at all a Christian nation. In fact, we can use Christian principles, the very Bible that many say was used to set up the laws and foundation of our country, and prove that we are, in fact, heathens.

By the principles of most religions, the United States shows by our actions as a nation and the actions of our leaders that we are not full of faith, we do not operate on the golden rule, and we are far from charitable.

Please, don’t think I am dissing the United States or the motives of everyone who is an American. I am an American too, and thankful. America has been a great place to grow up and does offer some opportunities other countries do not. Compared to some places in the world, our country is great.

Yet we often start discussions by comparing where we are as a nation to others. Why are we comparing? Clearly, we as a nation have many problems. Call them transgressions if you will. Didn’t Jesus himself say in Matthew that before we remove the speck from another’s eye, we should remove the beam from our own?

Didn’t Jesus himself say in Matthew that before we remove the speck from another’s eye, we should remove the beam from our own?

Let me also note that I am not talking about morally polarizing issues like marriage equality, abortion rights, or prayer in schools. These are not transgressions. They are issues that have no place in government.

If marriage did not afford tax benefits and other tangible government benefits, it would be an issue not for states or Congress, but for individuals and churches. This is where those issues belong. A part of separation of church and state is that the government does not attempt to legislate morality.

Neither am I talking about social injustice like slavery. Yet there is some controversy about what the Bible teaches about that issue. One of the most quoted books by nearly any cult or other malicious organization is the Christian scriptures.

It can be argued that in those cases it is being misinterpreted and misused. I would argue that it is misused almost every Sunday in thousands of churches across the country. Setting all of that aside at the moment, though, I want to explore some more commonly accepted parts of Christianity, and see if the United States is, indeed, a Christian nation. 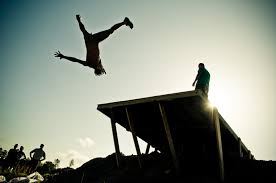 There are as many definitions of faith as there are people, but the Bible itself offers a clear one in Hebrews 11: “faith is the evidence for things we cannot see.” This applies to God, the mystery of Jesus himself, literal seven-day creation, and other principles: we don’t know how God did it, no one has seen him and lived, but we simply believe.

Yet our justice system and nearly everything we do as a nation is based upon a burden of proof. We take very little at face value: in fact, the principle also taken from scripture that man is basically evil and not good inspires us to question everything, including our own government and authority.

Why does nearly every President, including the current one, claim some kind of faith regardless of what their actions show? Because an atheist, regardless of his moral character, is not someone we would trust.

“Whew!” we say. “He believes in God. At least he will try to do the right thing.” Yet according to the Bible, trying to do good is not enough and never will be. Man is still presented as essentially flawed until the afterlife.

We often take the fact that someone declares their beliefs publicly as “proof” when it comes to celebrities and political figures, yet for our neighbor, we demand their every action and opinion parallel our own, or their faith cannot possibly be real.

Especially if they are of a different denomination or religious group than we are, we demand this proof of faith. Proof of innocence rather than the burden of proof resting on proving guilt. We forgive our own moral slip-ups, justify them even, but are quick to point the finger at others with a loud “Aha!”

No matter what the declaration, what the situation, we demand proof and evidence over and over. Shows like CSI and Bones have tainted us: we want to see the DNA evidence no matter how unrealistic that might be, and we often assume a circumstantial case must be fabricated by a conspiracy ridden police and justice system.

We forgive our own moral slip-ups, justify them even, but are quick to point the finger at others with a loud “Aha!”

We are a country of doubt, filled with people full of doubt. This is not to say that there is no room for doubt in faith. Without doubt, there would be no need for faith at all. But doubt without the subsequent belief in things we cannot see leaves little room for faith at all. 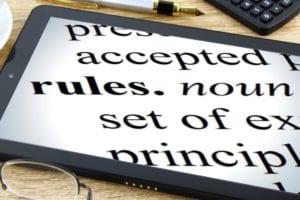 We are to treat others the way we want to be treated. Yet as a country, we do not follow this principle, nor do we as individuals. We are among the worst tourists in the world, expecting others to speak our language, drop everything to help us, and treat us like royalty because we are Americans and we have money.

Yet we expect those who come to our country to learn our language and follow our customs. If they do not, we treat them poorly. Our expectations are far from reciprocal.

We decry acts of terror, yet we perpetuate them ourselves in the name of democracy. Those civilian casualties as a result of our bombing raids? We call them collateral damage and make excuses for why they happened, everything from bad intelligence to human error.

We are no more innocent or guilty than many other countries in this area. We have hacked the computers of foreign governments and companies. We have spied on them using a number of assets, from people who have sacrificed their lives to means the use of devices not legal within our own borders.

We construct prisons like Guantanamo Bay, and house prisoners with nothing but suspicion of a risk to national security, If our people are held in such deplorable situations and without the opportunity for justice, we mount rescue missions with special forces and military support. But any such act committed against us would be seen as an act of terror and aggression and reacted to similarly.

In other words, we seek revenge justified under the guise of patriotism, democracy, and justice. We are not acting towards others as we would like them to act towards us. If one defines this as a primary tenet of Christianity, then we fall far short.

Jesus said he would not always be with us, but we would always have the poor. He made it clear that it was the job of Christians to give generously: he never said a word about the proper forms, checking income requirements, or even following up to make sure the money we gave the poor man was spent wisely.

Charity is often characterized by grace: the giving of unmerited favor.

Charity is often characterized by grace: the giving of unmerited favor. This means that regardless of the reason the person is in need, it is not the job of a Christian to verify this before we give. In fact, that is counter to the entire culture of Christian giving.

The early Christian church more closely resembled a socialist commune rather than the bloated government programs present in the United States. Those programs are the fault of the very groups who decry them now. The tithe is really the first argument for the flat tax, and if every person who claimed to be a Christian actually gave a tithe to churches while at the same time demanding that it go to the poor rather than new sound systems, stadium-like seating, and a killer sound system poverty in America would be nearly non-existent.

At this point for most of the poor poverty is not a choice. Maybe you used to be able to work hard to get ahead, but that is no longer enough. The system favors the already rich, and the middle class is disappearing here while it is growing abroad.

This post is not to say that socialism is the answer, or that somehow Christianity is the demon spawn of hell. It is rather to say that America’s claim to being a Christian nation is much like a dog claiming to be a cat, and barking that claim loudly.

I could go on here about how the next generation is leaving the church in droves, and why. I could speak of my own journey and the percentage of Christians who rarely, if ever, attend church. I could speak of how the most generous among us are those who have little, and despite the fact that many of the ultra rich give to the poor, many instead exercise greed, and give the lowest percentage of their income to charity of any income group.

That is not the purpose of this post, despite how true these things may be. The purpose is to simply say this: America is not a Christian nation as it often claims.

The time for saying so is long past. We should either abandon the claim or revise our government and policies to follow the teachings of Christ. Whether you claim the title of Christian yourself or not, it is hard to fault faith, the golden rule, and true charity.